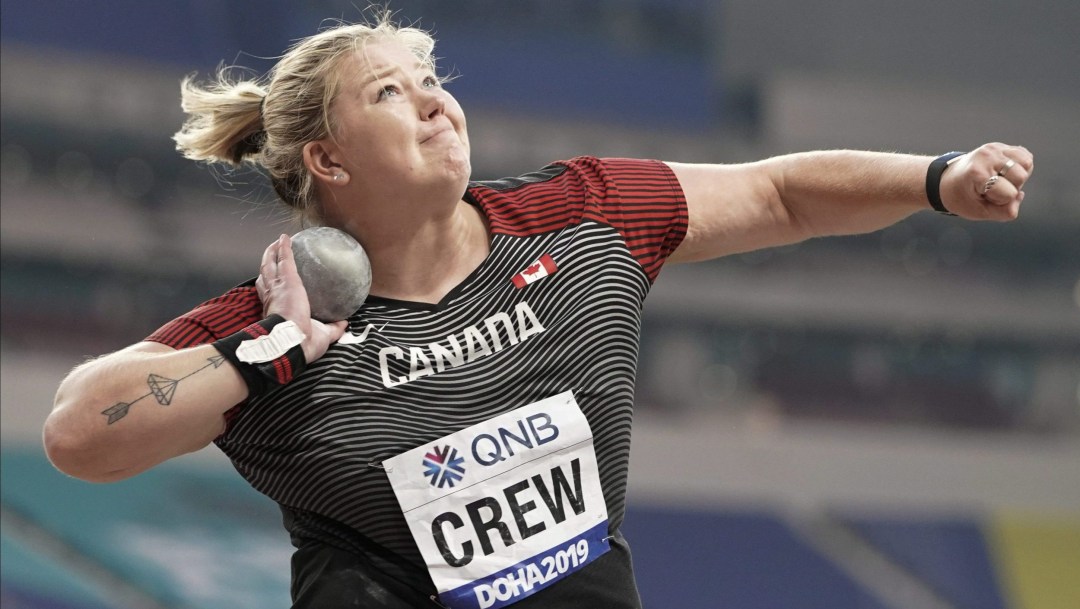 Brittany Crew has dreamed of competing for Canada since she was seven. At first, she wanted to play for the Canadian women’s soccer team but shifted her dreams after being encouraged to try shot put in high school. Crew quickly excelled at the sport, reaching the 2012 IAAF World Junior Championships where she just missed the cut for the final. In 2014 she competed at the NACAC Under-23 Championships in Kamloops, winning bronze. The following year, Crew won gold at the CIS Championships and bronze at the FISU Summer Universiade.

Crew won gold again at the CIS Championships in 2016, this time setting a national university record with a throw of 16.96m. In April 2016, Crew, a CIS First Team All-Canadian, became York’s first back-to-back female athlete of the year award winner in 31 years. She broke the 18-metre mark for the first time in winning the 2016 Canadian title with a personal best throw of 18.06 metres.

Crew represented Canada at her first Olympic Games in 2016. The following year, she returned to the Universiade and won gold, and made the finals of her first career World Athletics Championships, finishing sixth. She was the first Canadian female shot putter to ever crack the top eight at the worlds. A bronze medal at the Commonwealth Games got Crew’s 2018 season off to a strong start, but she was derailed by injuries to her ankle, foot and back. The most serious was a fifth meta-tarsal fracture in her right foot in August, which sidelined her completely for three months and took her nine months to fully recover.

She came back strong to begin her 2019 season, breaking her own Canadian record twice in a span of six weeks between mid-April and the beginning of June, throwing 18.69m at a meet in Germany. She carried that momentum into the 2019 Pan American Games, claiming silver as she broke the 19-metre mark for the first time, pushing the Canadian record to 19.07m. She increased the national mark to 19.28m at a meet in Berlin in September before finishing eighth at the World Athletics Championships in Doha.

Getting into the Sport: As a 15-year-old in Grade 9, high school coach and Paralympian Shane Risto suggested she try shot put because she had the right body type and tools to be a great thrower; within six months of competing, she had qualified for the World Youth Championships… Outside Interests: Hobbies include playing guitar and song writing, playing video games and board games… During the off-season enjoys camping, playing at open mics and performing karaoke… Graduated from York University in 2019 with a Bachelor of Arts in Kinesiology and Health Science… Odds and ends: Nickname: The Tank… Wears a good luck necklace – a four leaf clover that her grandmother gave her – during competitions… Music interests range from Ed Sheeran to Eminem… Collects post cards, key chains and mugs for her grandma during her travels… Favourite quote: “Hard work beats talent with talent doesn’t work hard”…