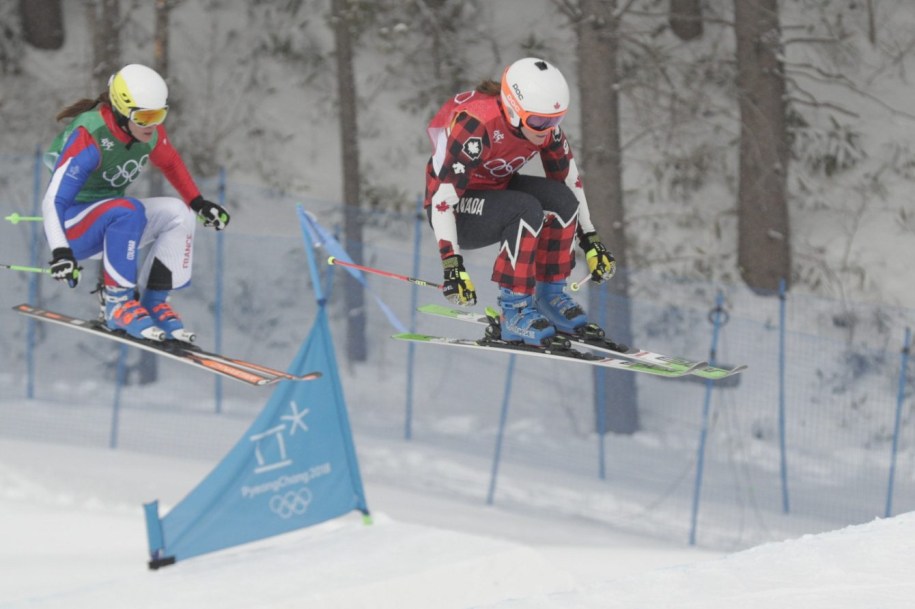 Brittany Phelan won ski cross silver at PyeongChang 2018, sharing the podium with gold medallist teammate Kelsey Serwa. After making her Olympic debut as an alpine skier at Sochi 2014, Phelan decided she wanted to try ski cross and made her first international appearance in a Nor-Am Cup event in April 2014.

Though others encouraged her to continue in alpine, an injury in 2014-15 solidified her decision to switch sports. After tearing her calf muscle, she couldn’t see herself going through rehab to return to alpine racing and revived her passion for sport by going all-in with ski cross, despite having to start on the development team and losing her funding as a carded athlete.

In December 2017, Phelan earned her first World Cup podium in Arosa, Switzerland. She had placed third in qualifying and those results became the final standings when the elimination rounds were cancelled due to bad weather. She closed out the season by winning back-to-back silver medals in Sunny Valley, Russia to finish a career-high third overall in the World Cup ski cross standings.

Phelan won two more World Cup medals during the 2018-19 season, which also saw her finish sixth at the FIS World Championships. She was having a very solid 2019-20 season, which included earning three more World Cup podiums, when during a race in Megève, France in early February she overshot a jump and landed on one leg. She immediately felt her knee give out and she crashed. She had suffered a complete tear of her left ACL and LCL along with other ligament damage.

After having surgery, she missed all of the 2020-21 season, making her World Cup return in November 2021. After winning the small final in her first race back, she took the silver in her second race. In mid-December, she won a bronze for her 10th career World Cup podium.

Making her third Olympic appearance at Beijing 2022, Phelan advanced to the small final which she won to place fifth overall. Before the end of the 2021-22 season, she added another World Cup bronze medal to her resume.

As an alpine skier, Phelan made her World Cup debut in November 2009 and showed some of her promise by finishing fifth in the slalom at the 2011 World Junior Championships. Phelan had an international breakthrough when she earned her first World Cup points in December 2012. Her results showed continued improvement throughout the 2012-13 season, including a career-best 10th place finish in the World Cup slalom at Zagreb. She also competed at her second world championships, finishing 30th in the slalom. Phelan got her first taste of the Olympic experience when she served as a forerunner for the slalom and giant slalom events at Vancouver 2010.

Getting into the Sport: Started skiing at age two and entered her first races at age 6… Knew that was what she wanted to do for the rest of her life … Her mom often had to send the ski patrol looking for her in the evenings because she would build jumps with her friends and forget about the time… Outside Interests: While growing up she thrived for adventure and loved animals and playing in the woods… Fittingly, her favourite movie is Wild America… Races mountain bikes on the Enduro World Series in the off-season… Enjoys whitewater kayaking, skateboarding, mountain biking, soccer and squash… Odds and Ends: Looked up to Hermann Maier and Bode Miller as an alpine skier before being inspired by teammate Kelsey Serwa… Likes to collect old ski posters from the various places they visit…