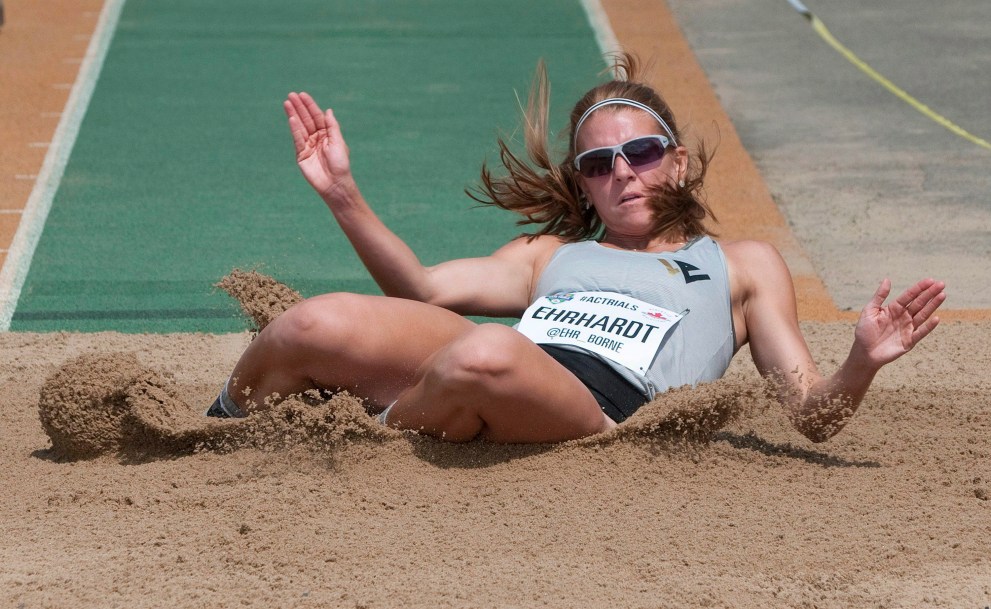 Caroline Ehrhardt is an eight-time national champion in women’s triple jump. As of July 2020, she owns the fourth-longest triple jump in Canadian history and is working towards her goal of being the first Canadian female triple jumper to ever qualify for the Olympic Games.

When she was in grade 8, Ehrhardt’s father Klaus built her a backyard jumping pit and from there her success in the event took off. As a junior aged athlete, Ehrhardt broke the Canadian high school record and was a member of the World Youth and World Junior Championship teams. At age 16, she was a surprise bronze medallist at the 2008 Olympic Trials.

She eventually went on to the University of Western Ontario, where she graduated in 2015 with a degree in health promotion. While at Western, Ehrhardt broke the 22-year-old Canadian university record in her event. She was awarded the F.W.P. Jones Trophy as Western’s graduating athlete of the year, as well as the Honourable G. Howard Ferguson Award as the student-athlete showing the highest achievement in academics and athletics.

Ehrhardt has seen steady post-collegiate progression and has continued to represent Canada on various national teams. Most notably, in 2017 she won gold at the Jeux de la Francophonie in Cote d’Ivoire with a new personal best of 13.83m, just two weeks after the unexpected passing of her father.

Alicia Smith’s dream of representing Canada began when she was a gymnast and watching the Olympic Games on TV. In...