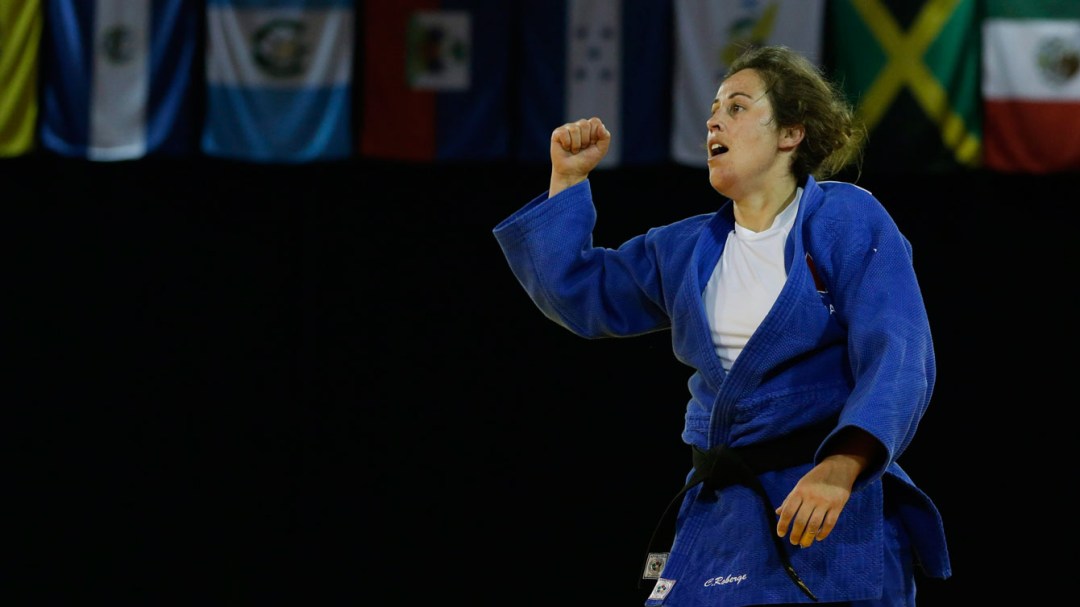 Catherine Roberge is the veteran of the Canadian judo team, having competed on the senior international scene for more than a decade. That includes an appearance at the 2004 Olympic Games in Athens, where she became the third Olympian in her family, following in the footsteps of her brother Patrick and sister Sophie. She won a silver medal at the 2002 Commonwealth Games and also has a pair of Pan Am Games medals, winning bronze at Rio 2007 and silver at Guadalajara 2011. But Roberge’s career highlight is finishing fifth at the 2013 IJF World Championships where she defeated reigning world champion Audrey Tcheuméo in the quarterfinals. Roberge has won six career medals at the Pan American Championships.

Family: Parents Michel Roberge and Fernanade Bussières… Older brothers Patrick (judo Olympian, Barcelona 1992), Maxime (also competed in judo), Samuel, Justin-Pierre… Older sister Sophie (judo Olympian, Sydney 2000)… Getting into the Sport: Started in judo at age 5 because her older brothers and sister were already involved… Her favourite sporting memory is competing at the 1999 Canadian Championships with her three brothers and sister… Outside Interests: Earned her Bachelor of Political Science from Laval University in 2011… Enjoys traveling, watching TV, speaking to young athletes… Odds and Ends: Favourite motto: “To win without risk is to triumph without glory”… Inspired by hockey star Maurice Richard because he succeeded when everyone was fighting against him and he became a legend but remained humble… Has worn the same kangourou under her judogi at every competition since 1995… Always travels with photos of her nieces and nephews… Collects fridge magnets from her travels…