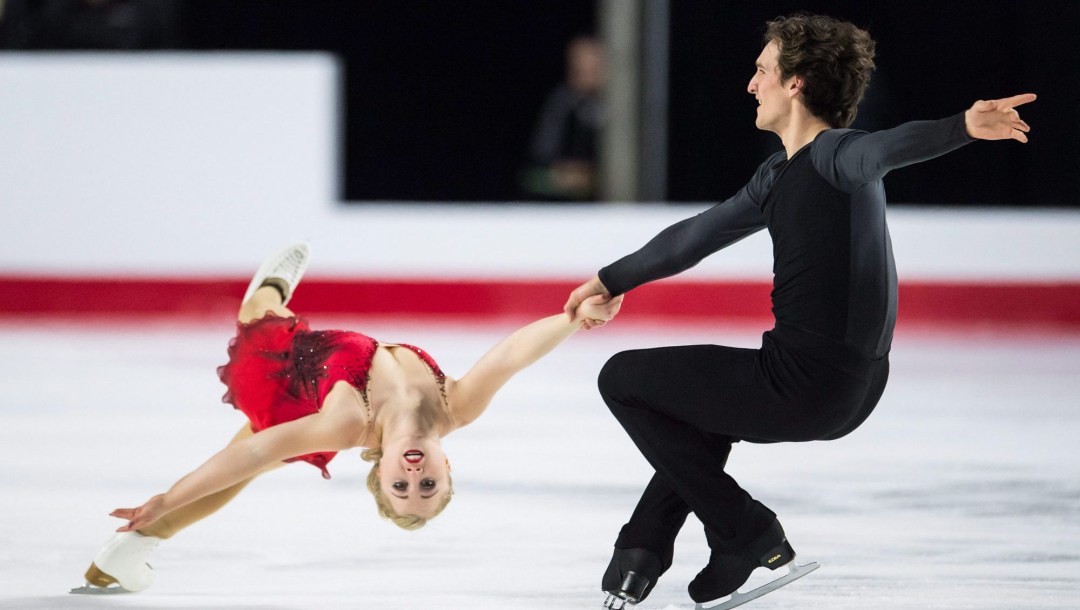 Charlie Bilodeau made his Olympic debut at PyeongChang 2018 where he broke into the top 10 with pairs partner Julianne Séguin, finishing ninth.

The duo had enjoyed a successful junior career. In just the second year of their partnership, Séguin and Bilodeau won the ISU Junior Grand Prix Final in December 2014 after having won both of their Junior Grand Prix events that fall.

In the fall of 2015, they competed in their first Grand Prix events and won bronze at both Skate America and Trophée Eric Bompard to qualify for the Grand Prix Final. After winning silver at nationals in January 2016, they were forced to withdraw from the Four Continents and world championships after Séguin sprained her ankle in training. That fall, they earned their first Grand Prix victory, taking the gold medal at Skate America which helped them qualify for their second straight Grand Prix Final.

In late December 2016, Séguin suffered a concussion, which kept them out of the national championships. They were still named to the world championship team in 2017, finishing one spot outside the top 10.

In the summer of 2018, Séguin and Bilodeau decided to end their partnership. In the spring of 2019, Bilodeau announced a new partnership with Lubov Ilyushechkina. In their debut season they won a Grand Prix bronze medal at the Cup of China and finished third at the Canadian championships.

A little more about Charlie

Getting into the Sport: Started skating at age 3 because his mother was a passionate coach… At age 11, he decided to try snowboarding because it was more acrobatic, but he quickly realized he was behind those who had been snowboarding for years… At age 13, he returned to skating and started in pairs, which had that daredevil side he was seeking… Was never interested in skating singles and only did it because he had to learn to jump alone… Left his hometown at age 14 to train in Montreal… Outside Interests: Enjoys going to concerts and the theatre, riding his bike, getting lost in cities he visits, snowboarding, playing basque pelota… Would like to get into communications and potentially do figure skating commentary… Odds and Ends: Inspired by 2002 Olympic champion David Pelletier, because if a boy from Sayabec, QC could win Olympic gold, then it was possible for him too… Favourite motto: Time to shine!