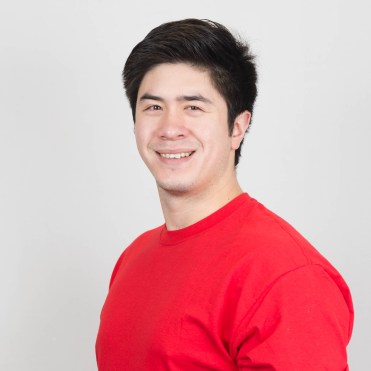 Chris de Sousa Costa has been a member of the Karate Canada national team since 2004. He is an 11-time national champion (including a record six heavyweight titles), two-time junior Pan American champion (2005, 2007), three-time North American Champion (2008, 2010, 2013), 2013 Commonwealth champion, and 2012 senior Pan American silver medallist. He also achieved a career highlight in 2009 when he won the US Open. He has been named Karate Canada athlete of the year three times and has twice won the organization’s sportsmanship award. His international experience includes two appearances at the world junior championships (2005, 2007) when he served as team captain and four appearances at the senior world championships (2006, 2008, 2010, 2014).

Family: Parents Alberto and Lily de Sousa Costa… His father swam for Portugal in the 1960s… Getting into the Sport: Started karate at age 6… Says his parents “practically forced” him into the sport to learn some discipline… Was “all in” when he learned he could compete at a high level internationally… Has wanted to represent Canada since a few senior athletes from his dojo did it… Outside Interests: Enjoys training in CrossFit, Olympic weightlifting, powerlifting and travelling… Works as a high performance fitness coach… Graduated from the Fitness and Lifestyle Management Program at George Brown College… Athlete representative on Karate Canada’s Board of Directors and High Performance Committee… Odds and Ends: Favourite motto: “Keep evolving”… Biggest role model is Manuel Monzon, his first national team coach who made him believe in his abilities… Always travels with extra underwear…

Leirick Chung has wanted to represent Canada since he made the Karate Ontario provincial team as a 14-year-old. He gained...

Leivin Chung has always considered it an honour and a dream to be able to compete for Canada. He has...