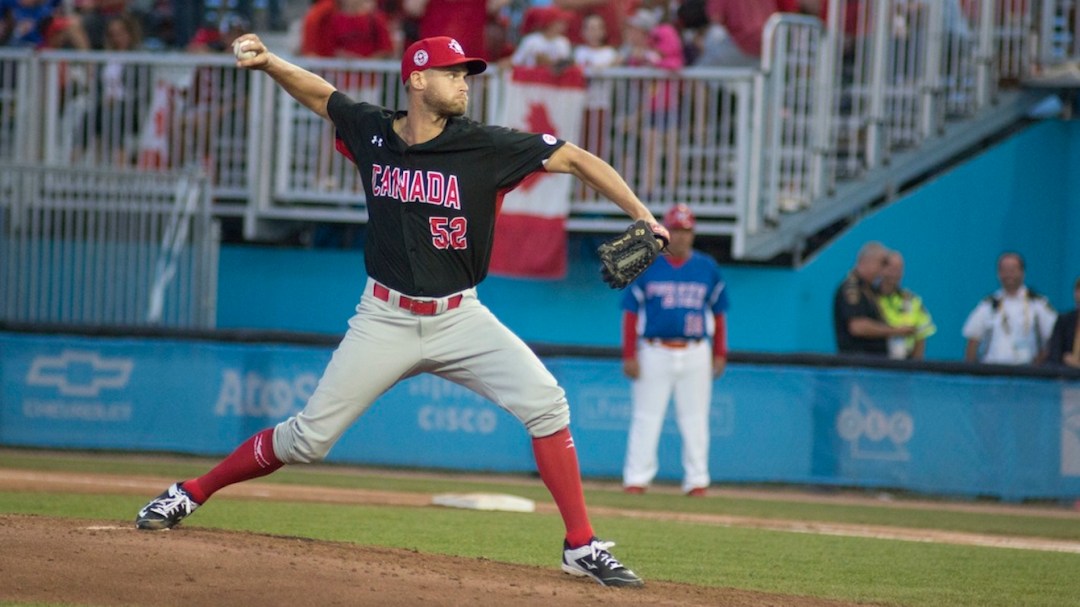 Chris Leroux was a member of Team Canada that won gold at the 2015 Pan Am Games in Toronto where he earned three wins in the tournament.  Leroux first represented Canada at the 2002 18U Baseball World Cup, followed by the 2007 Baseball World Cup. He went on to compete in the 2009, 2013 and 2017 World Baseball Classics. Leroux was selected in the 7th round of the 2005 MLB Draft by the Florida Marlins. He made his big league debut in May 2009 and has bounced between the major and minor leagues since then. His best year in the majors came in 2011 with the Pittsburgh Pirates, as he pitched 25 innings in relief, posting a 1-1 record with a 2.88 ERA and 24 strikeouts. His most recent MLB appearance came in 2014 with the New York Yankees, after spending part of 2013 playing for the Yakult Swallows of the Japanese Central League. Leroux spent the 2016 season pitching for the Toronto Blue Jays’ Triple-A affiliate in Buffalo before retiring from professional baseball. He returned to the mound in  January 2019 to pitch for Canada at the Pan Am Qualifier in Brazil.

A LITTLE MORE ABOUT CHRIS

Getting into the Sport: Started playing baseball at age 8… Naturally gravitated to it because his father was into it… Outside Interests: Attended Winthrop University but left after his junior year to pursue baseball… Enjoys surfing, reading, travelling the world, bourbon, being environmentally friendly…