Making her Olympic debut this summer in London, Julien has already represented Canada at the 2011 FIFA Women’s World Cup in Germany, where she played 94 minutes in two games.

A 2011 Pan American Games champion, Julien helped Canada at the 2012 Women’s Olympic Qualifying tournament in Vancouver earlier this year, by scoring the first goal of the tournament in what was a 6-0 decision over Haiti.

Julien, who was born in Cornwall, Ontario, started playing Timbits soccer at the age of five, and played four years of NCAA collegiate soccer at James Madison University. She is now currently playing for Jitex BK in Sweden’s Pro League.

Pearl Harbour, How I Met Your Mother

A big shot is a little shot that kept shooting! 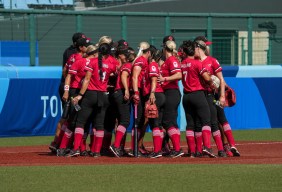