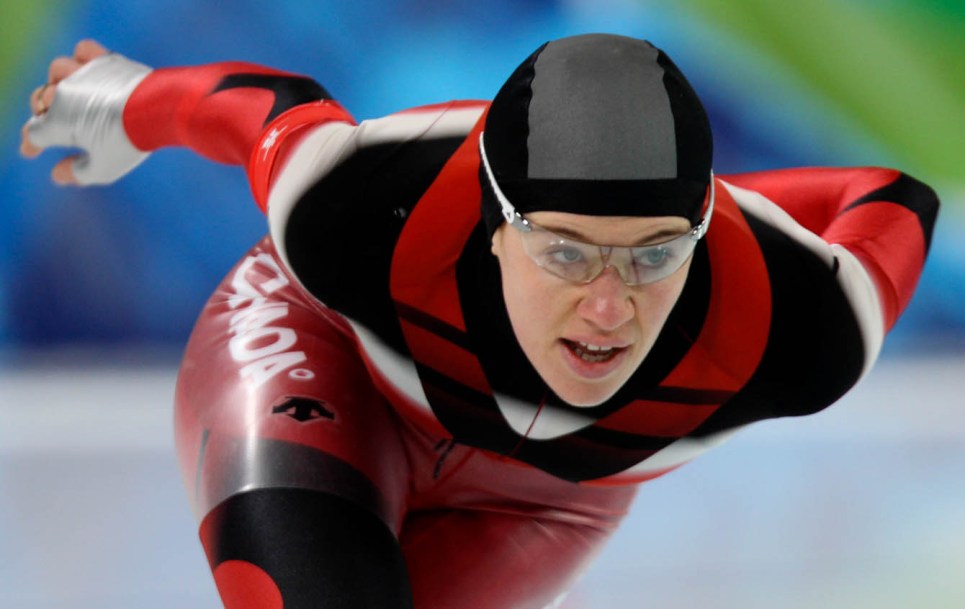 Clara Hughes, a dual-season Olympian, is the only athlete in history to win multiple medals at both the summer and winter Olympic Games. Her six career medals tied her as Canada’s most decorated Olympian until 2021 when swimmer Penny Oleksiak earned her seventh Olympic medal.

She then returned to her first sport, long track speed skating, and won a bronze medal in the 5000m at Salt Lake City 2002 just 16 months after moving to Calgary to train at the Olympic Oval. After fully dedicating herself to speed skating, she helped Canada win silver in the inaugural Olympic team pursuit and captured gold in the 5000m at Turin 2006, having found her inspiration in a Right to Play documentary about children in Uganda that she watched the morning of the race. Four years later, Hughes was honoured to be named Canadian flag bearer for the Opening Ceremony at Vancouver 2010. She went on to have one of the best races of her career to win bronze in the 5000m in her final speed skating event.

But she wasn’t done with sport. Hughes returned to cycling and qualified for London 2012 where she finished fifth in the time trial and also competed in the road race.

Hughes is well known for her philanthropic work. After winning gold at Turin 2006, she donated $10,000 from her personal savings to Right to Play programs. Canadians rose to her challenge, raising more than half a million dollars for the international humanitarian organization that promotes development through sport. After her bronze medal at Vancouver 2010, she donated her $10,000 medal bonus to “Take a Hike”, a local inner city school program that uses adventure-based learning for at-risk youth. Hughes is also the national spokesperson for Bell’s “Let’s Talk” campaign, sharing her struggles with depression to help break down the stigma associated with mental illness.

For her achievements, Hughes was made an Officer of the Order of Canada and a Member of the Order of Manitoba. She also holds honourary doctorates from several Canadian universities and was given a star on Canada’s Walk of Fame. In 2006 the IOC awarded her the “Sport and Community” award for her commitment to promoting the values of sport and play around the world. She was inducted to Canada’s Sports Hall of Fame in 2010.

Nicolas Gill is a four-time Olympian and a two-time Olympic medalist. Gill won a silver medal at Sydney 2000 and...