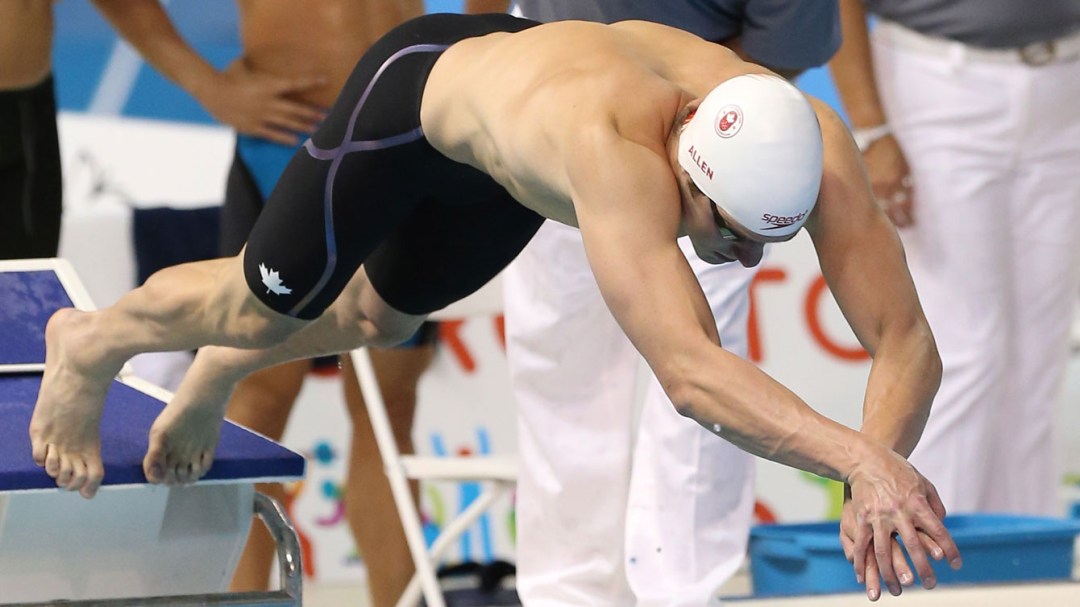 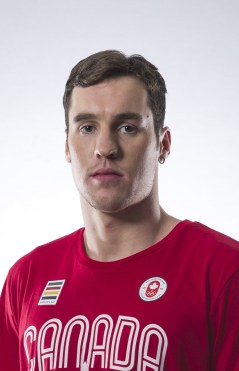 Born in Ontario and raised in Spokane, Washington after his father accepted a job there, Coleman Allen returned to Canada in 2012 to train at the Swimming Canada High Performance Centre in Vancouver and attend the University of British Columbia. He had actually qualified for four events at the 2012 U.S. Olympic Trials but was ineligible to compete as a Canadian citizen. In 2013 Allen represented Canada at the Universiade and FINA World Championships. He also set the Canadian short course record in the 100m butterfly at the World Cup stop in Eindhoven. In 2014 Allen competed at the Commonwealth Games and Pan Pacific Championships. He finished second in the 100m butterfly at the 2015 Canadian Trials and went on to win a pair of relay bronze medals at the 2015 Pan Am Games in Toronto. Allen swept all three butterfly events at the 2015 CIS Championships, setting a CIS record each time, and was named Canada West swimmer of the year for a third straight season.

Family: Parents Murray and Jackie Allen… Older brother Beddome used to row at the University of Washington… Younger sister Hannah rows at the University of Washington… Getting into the Sport: Learned to swim at age 5 at the YMCA as a way to burn off energy… At his first meet, turned over halfway through a 25m backstroke and was disqualified… Olympic dream began while watching Ian Thorpe compete on TV at Sydney 2000… Outside Interests: Studying kinesiology at the University of British Columbia… Enjoys playing guitar, skateboarding, waterskiing, mountain biking…Works as headcoach at the UBC Masters Swim Club… Odds and Ends: Favourite motto: “Rip it Bud!”… Collects Starbucks mugs for his parents in each city he visits… Is close with South African Olympic champion Chad Le Clos… Nicknames: Coley, Coleyman…