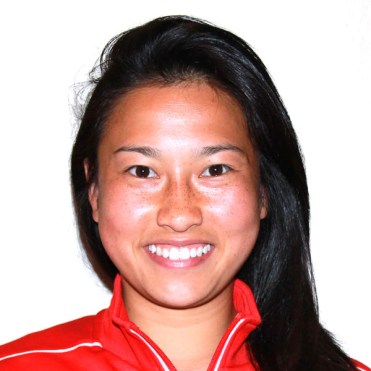 Danica Wu was 14 years old when she made her debut with the Canadian program in 2007. A year later she had a CONCACAF U-17 Championship bronze and helped the team reach the quarterfinals of the FUFA U-17 World Cup. She followed that up with a silver medal at the 2012 CONCACAF U-20 Championship and a berth in the FIFA U-20 World Cup. Wu made her first appearance with the senior team in 2013 in a friendly against the United States. She played collegiately for the Ohio State Buckeyes and was named to the Big 10 All-Freshman Team in 2010, Second Team in 2011, First Team in 2012, and Academic All-Big 10 team from 2011 to 2013. Wu Played professionally this past season with Herforder SV in the German top division, appearing in 21 games and starting 17.

Family: Parents Joseph and Donna… Older brother Jordan… Getting into the Sport: Started playing soccer at age 4 because of her dad’s passion for the game; they would wake up at 5am on Saturdays to watch Arsenal… Grew up participating in skiing, snowboarding, taekwondo, recreational hockey and swimming… Knew she wanted to compete for Canada after watching the 2002 U-19 Women’s World Cup in her hometown… Outside Interests: Graduated from The Ohio State University in 2014… Enjoys reading, painting, watching movies, baking, travelling, and spending time with family… Odds and Ends: Favourite motto: “Don’t dream your life, live your dream”… Favourite player is Andres Iniesta because both are small players and he doesn’t let that stop him from being one of the best in the world… Always travels with her jolly rancher bean pillow… Always puts on her equipment right to left, shin pads last… Collects cups with the city name on it for her brother… Nickname: Dani…