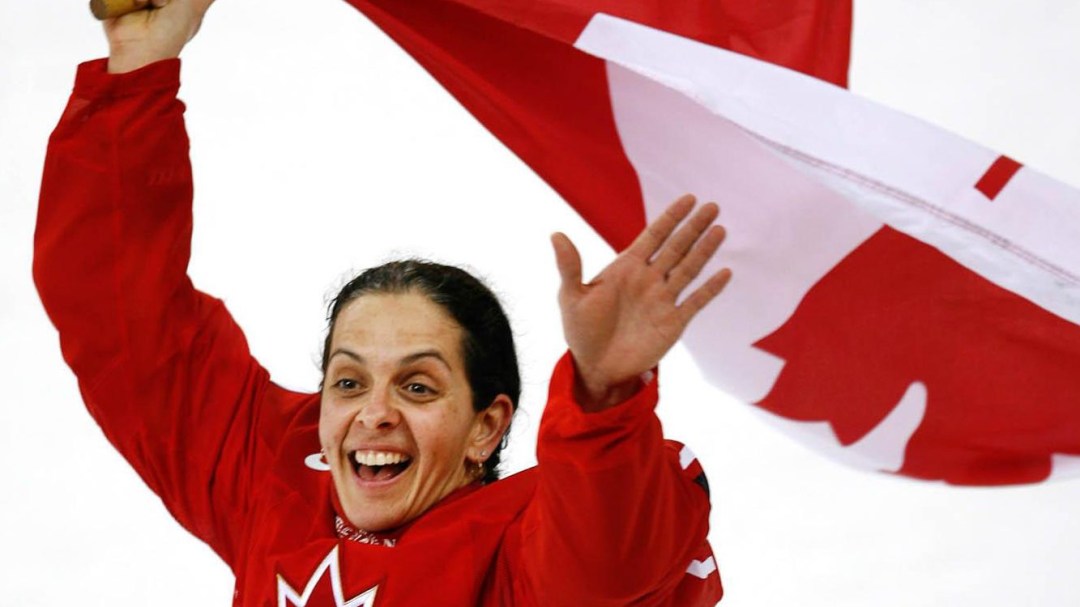 Danielle Goyette, Canada’s Opening Ceremonies flag bearer at Turin 2006, has a reputation for rising above the odds. Despite many language barriers in her early days of ice hockey, her perseverance and success has inspired many girls to pursue dreams of their own.

At her first IIHF World Championship appearance in 1992, Goyette was Team Canada’s leading scorer as she brought home her first gold medal of what would be many on the world stage. Between 1994 and 2007, Goyette won seven more gold and one silver at the Worlds with the women’s national team.

As a member of the first Olympic women’s ice hockey team at Nagano 1998, Goyette was the nation’s top scorer with eight goals during her Olympic debut to win a silver medal for Team Canada.

At her second Winter Games at Salt Lake City 2002, she scored three goals and seven assists in the tournament as Canada won gold. At Turin 2006, her final Olympic appearance, she scored four goals to win her third gold medal as a player. In all her years with Team Canada, she recorded 219 points (114 goals, 105 assists) in 172 games from 1992 to 2007.

Upon retirement in 2007, Goyette became head coach for the University of Calgary women’s hockey team. As an assistant coach with the Canadian women’s national team, she guided the squad to gold at Sochi 2014. In 2017, Goyette was inducted into the Hockey Hall of Fame.