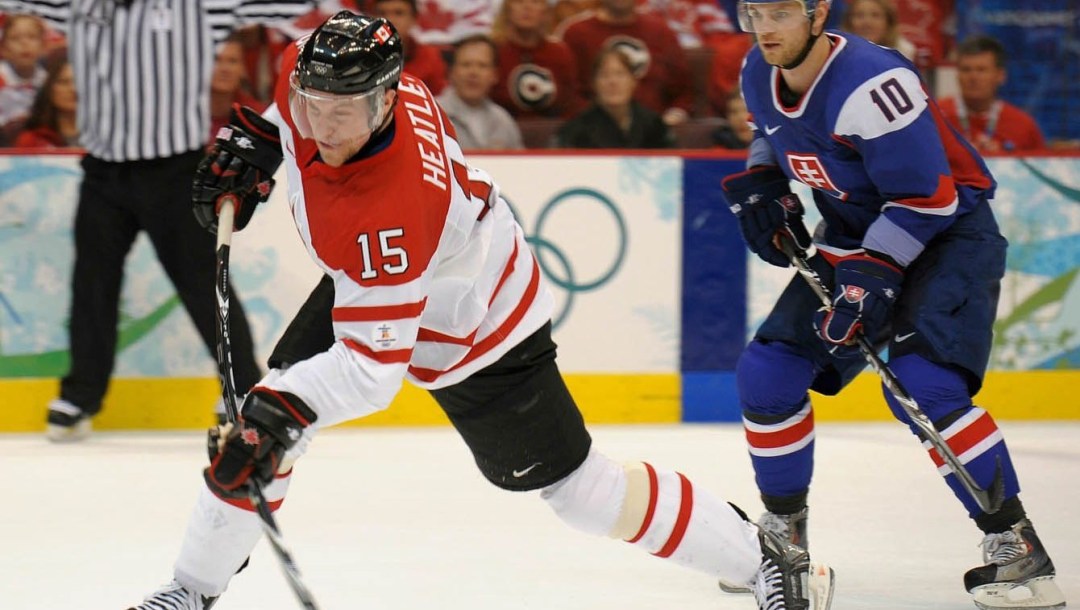 Dany Heatley was a member of Team Canada during their gold medal win on home ice at Vancouver 2010 where he contributed seven points (four goals, three assists) in as many games. Heatley’s Olympic debut had come four years earlier at Turin 2006 where he recorded three points (two goals, one assist) in six games.

Outside of the Olympic Games, Heatley was a near-constant for Team Canada. He became a regular at the IIHF World Championships, appearing in the tournament six times, winning gold twice (2003, 2004) and silver three times (2005, 2008, 2009). Heatley also won two bronze medals with Team Canada at the IIHF World Junior Championship in 2000 and 2001.He helped Canada win gold at the 2004 World Cup of Hockey.

Heatley’s NHL career began with him being drafted second overall by the Atlanta Thrashers in 2000. In his rookie season in 2001-002, he was awarded the Calder Memorial Trophy as the NHL’s best first-year player. A prolific goal scorer, Heatley recorded 372 goals and 791 points in 869 career games.

Heatley was inducted to the Canadian Olympic Hall of Fame in 2012 with his teammates from the 2010 Olympic hockey team.

Born in Germany, where his father was playing professional hockey, but grew up in Calgary and has dual citizenship … Actively supports Teammates for Kids, Shoot for a Cure and the Leukemia Lymphoma Society … Favourite hobbies: golf, music … Nickname: Heater.

Joe Thornton represented Canada at Vancouver 2010 and helped the team win the gold medal on home ice, registering a...

Gina Kingsbury made her Olympic debut Turin 2006 where she contributed three assists in five game en route to the...

Sarah Vaillancourt made her Olympic debut at Turin 2006 where she and Team Canada took home gold as Vaillancourt contributed...