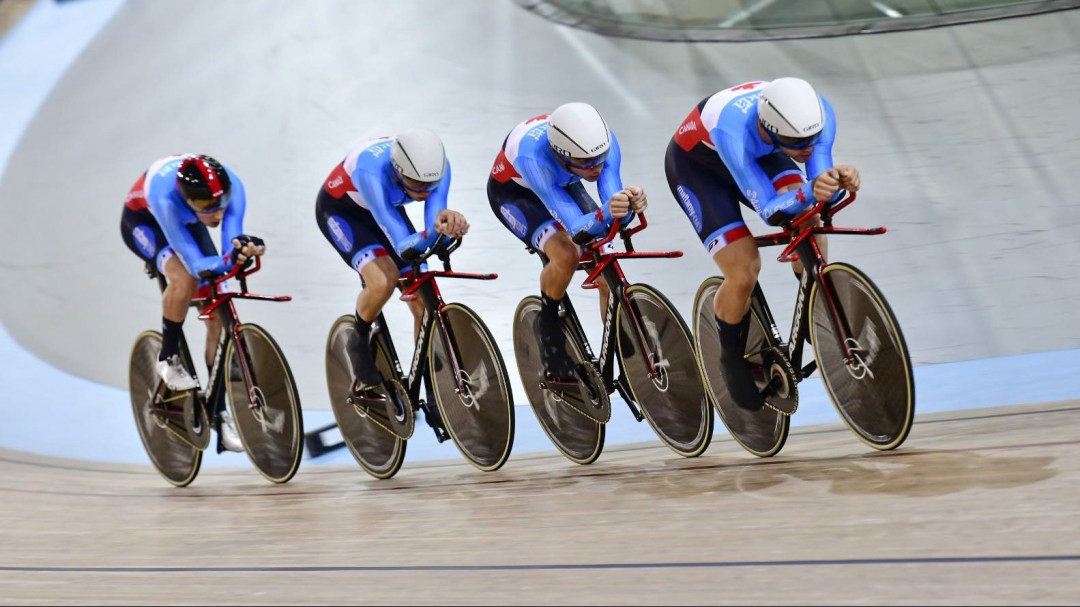 Derek Gee has been a key contributor to Canada’s rise in the men’s team pursuit. A career highlight came at the 2019 UCI Track World Championships where the team exceeded expectations by racing for the bronze medal against an experienced Danish squad, ultimately finishing fourth overall. In his Olympic debut at Tokyo 2020, Gee was a member of the men’s team pursuit that finished fifth for Canada’s best Olympic result in the event since 1932. He also raced with teammate Michael Foley in the Madison.

As a young teenager, Gee had competed in both road and track cycling. He qualified for the 2013 Pan American Junior Championships in track cycling but was a year too young to compete. Disappointed not to be able to represent Canada, he decided to focus on road cycling, going on to compete in the junior division at the 2014 and 2015 UCI Road World Championships.

At age 18, he decided to leave competitive cycling behind to attend Queen’s University. But he soon realized that cycling was his passion and after a year of being in school full time, he participated in a training camp at the velodrome in Milton. He went on to win silver in the omnium at the 2016 Canadian Championships and was named as an alternate for the 2017 UCI Track World Championships.

At the 2019 Pan American Championships, Gee won gold in the team pursuit and the omnium, breaking out of a three-way tie for first in the latter during the fourth and final event.

Getting into the Sport: Started cycling competitively at age 9, picking up track cycling at age 13… His father was a road cyclist and they had an ongoing competition to see who would win a national title first; in 2014 his dad became national road race champion in the 50+ age category but since then Derek has won 13 national titles on the road and the track… Outside Interests: Completed two years of a Bachelor of Science degree at Queen’s University before taking a break in 2019 to focus on Tokyo 2020… Would like to pursue a career in high performance sport management or coaching… Enjoys birding, which he discovered while looking for a low-energy hobby; documents and photographs the birds he sees to learn more about them… Odds and Ends: Favourite motto: Ain’t nothing to it but to do it!