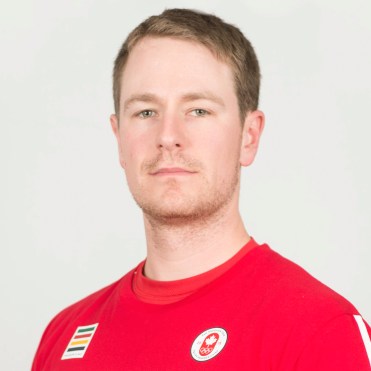 Derek Mayson made his first Team Canada appearance at age 22 when he helped Canada win silver at the 2006 Pan American Championship. He later played at the 2009 ISF Men’s World Championship where he had five extra base hits (one double, two triples, two homeruns) and picked up a win in the pitcher’s circle while helping Canada win bronze. He rejoined the national team at the 2014 Pan American Championship where he had a .467 batting average and .619 on-base percentage as Canada won bronze. Mayson is one of the most versatile players in the game, balancing offense, defense and pitching. His biggest success at the Canadian Championships came when he led the Vancouver Grey Sox to the 2007 gold medal and was named the tournament’s Top Batter as well as all-star first baseman. Mayson was previously named a 2006 all-star and 2005 Top Batter at the junior level as well as 2003 Top Pitcher at the midget level.

Family: Parents Ken and Janet Mayson… Older brothers Scott and Brian… Wife Jennifer Mayson… Getting into the Sport: Started playing softball at age 5 because both of his brothers played and his parents coached… Wanted to represent Canada after watching his brother Brian play for the National Development Team in a tournament against Team Canada in which he was named MVP; Brian’s abilities and professionalism drove him to compete at the next level… Outside Interests: Graduated from the University of British Columbia in 2006 with a Bachelor of Commerce in Marketing… Enjoys hiking, fitness training, playing hockey… Coaches and manages the Vancouver Meralomas softball team… Works as the Business Development Manager at URstore.ca… Supports Athletics for Kids (A4K), formerly as an employee, now as an event consultant helping under-privileged kids get into sports… Odds and Ends: Favourite motto: “You are what you think you are”… Always travels with his journal… Nickname: Mayse…

Jeff Ellsworth is one of the longest serving members of the Men’s National Team, first appearing for Team Canada in...