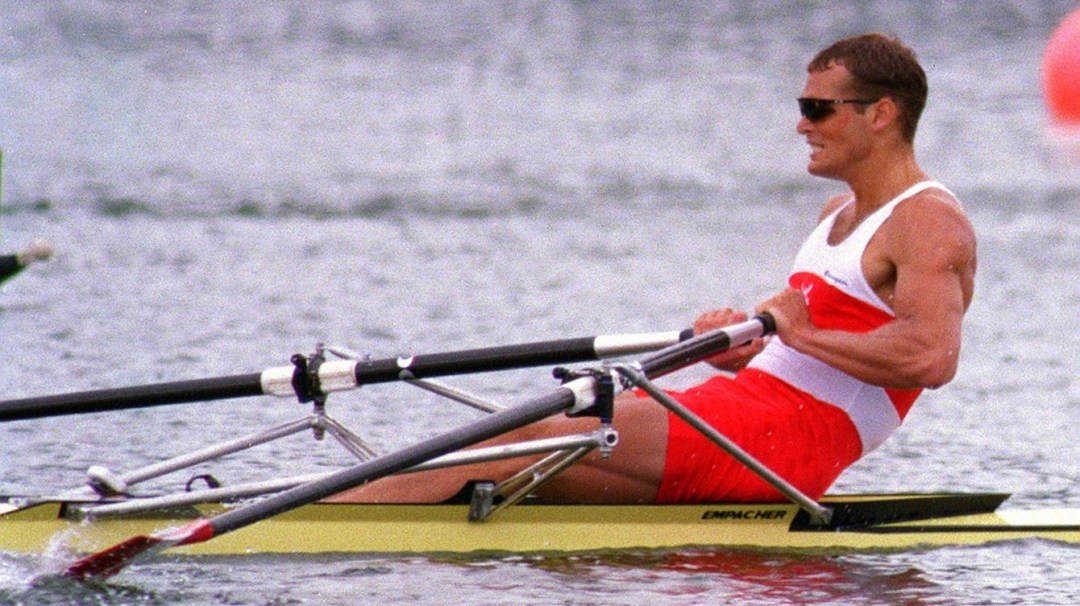 Derek Porter was a member of Canadian men’s eights crew at Barcelona 1992 when they won the gold medal by 0.14 seconds, in the closest rowing final in Olympic history. After Barcelona most of the men’s crew retired and Porter turned to single sculls – going from one oar to two. By Atlanta 1996, Porter was already a single sculls world champion and very much favoured for gold. He was leading the Olympic final for the first 1500m until Xeno Muller of Switzerland passed him in the last 500m. Porter hung on for silver edging out his idol, Germany’s Thomas Lange, by 0.32 seconds. The Sydney 2000 single sculls was one of the most anticipated rowing events at the Games given the loaded field of champions. It lived up to the hype with Porter finishing just off the podium in fourth in the closest single sculls race ever with just two seconds separating first from fourth.

Despite the fact Porter’s father Hugh was a 1958 Commonwealth Games rowing men’s eight bronze medalist for England, he didn’t pick up an oar until his second year of university when he was re-introduced to the sport by 1984 Olympic men’s eight champion Grant Main.

Porter grew up in Victoria, British Columbia graduating with a Bachelor of Science from the University of Victoria. After 12 years of a virtually injury-free career, which Porter mostly attributes to proactive chiropractor care, he pursued a career as a chiropractor, graduating in 1998 from the Canadian Memorial Chiropractic College (CMCC). Porter retired after Sydney 2000, and after brief attempt at resuming his career in 2006, he settled in Vancouver, British Columbia with his wife, Helen Rhee-Porter, and their child.