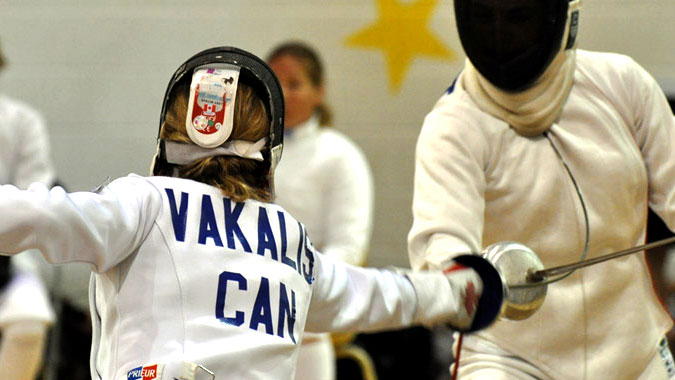 Donna Vakalis made her Olympic debut at London 2012 after having nearly competed for her father’s homeland of Greece at Beijing 2008. Vakalis decided to begin representing Canada in 2009 and that summer won her first national title despite having to split her focus between her athletic endeavors and the defence of her Masters’ thesis. In 2011 she posted a top-10 result at the Pan American Games. She achieved a career highlight the next season, winning gold at the Guatemala Open before clinching her spot on the Olympic team with a 20th place finish at the World Cup Final. She also cracked the top 10 for the first time on the World Cup circuit in Rostov, Russia. Having made her UIPM World Championship debut in 2007, Vakalis posted a career-high finish of 15th in 2015. She followed that up immediately with a fourth place finish at the 2015 Pan American Games in Toronto, one spot ahead of fellow Canadian and Rio 2016 teammate Melanie McCann, to secure her second career Olympic berth.

Family: Her father Efthymios immigrated from Greece… After her mother Loretta passed away she connected with her biological mother Diane Kool who had given her up for adoption as a baby… Younger sisters Jessica and Lauren… Getting into the Sport: Had been a swimmer and equestrian when she was younger… Started modern pentathlon at age 12 on the advice of a friend… Gave it up at age 15 but returned to the sport 10 years later while in grad school… Outside Interests: Currently pursuing PhD in Civil Engineering (Environmental Engineering) at University of Toronto… Interested in sustainability and health impacts of buildings… Earned Professional Masters of Architecture from U of T in 2009… Earned Honours Bachelor of Arts and Science from McMaster in 2003… Works as a teaching assistant at U of T… Enjoys listening to alternative comedy podcasts while training… Odds and Ends: Favourite motto: “Look at all you have. Appreciate it”… Brings a good book on her travels and always finds a good breakfast before a competition… Nickname: D… 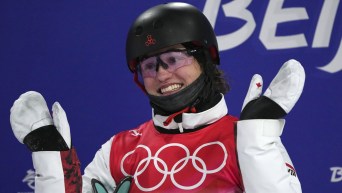 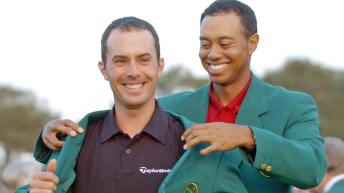