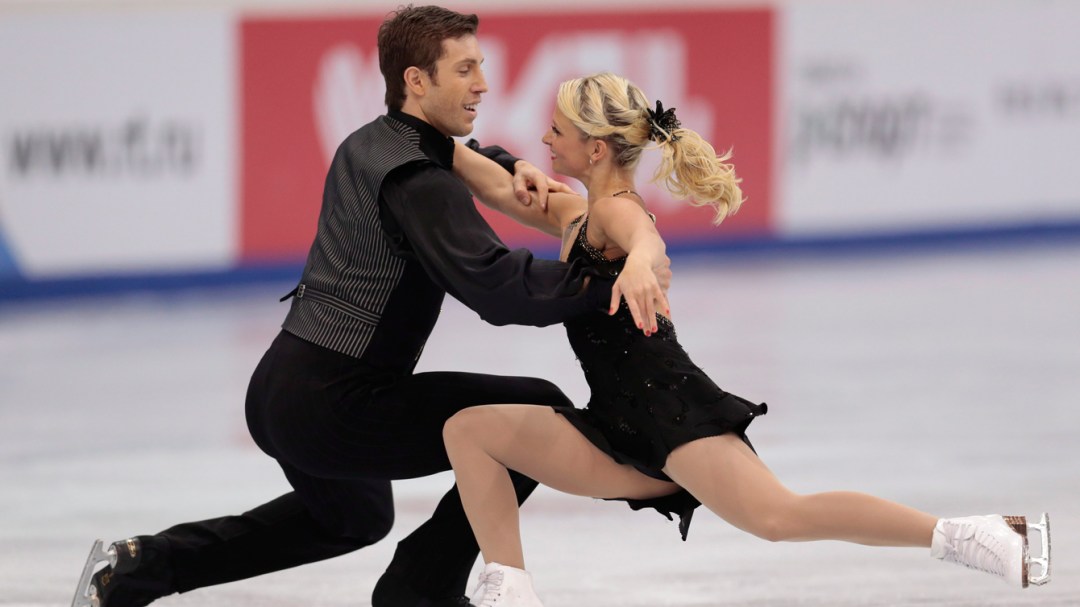 The proudest moment of Dylan Moscovitch’s career came at Sochi 2014 where he and then-partner Kirsten Moore-Towers helped Canada win silver in the inaugural Olympic team event.

Despite him dealing with a painful infection in both feet, they were able to produce a fantastic free skate. They were also the top Canadians in the Olympic pairs’ event, cracking the top five. When that partnership ended after the 2013-14 season, Moscovitch teamed up with Lubov Ilyushechkina, who had won the 2009 World Junior pairs title for her native Russia. He made initial contact with her via Facebook and set up a tryout in Detroit because she had a valid visa for the United States. They felt immediate chemistry and got the paperwork together for her to move to Canada.

A little more about Dylan

Getting into the Sport: First skated at 13 months with his parents after he had just learned to walk… Has wanted to be an Olympic champion as far back as he can remember… His first pair partner was his younger sister Kyra, with whom he competed for six seasons… Outside Interests: A certified instructor of Krav Maga, a self-defence system used by the Israeli Defence Forces that was developed for combat not competition… Had done karate as a kid, then in his late teens started doing kung fu… Enjoys other sports including hockey, baseball, snowboarding, tennis… Plays guitar to unwind… Donates his used skates to a friend’s charity – Skate To Great – which provides skates to children who couldn’t otherwise afford them… Coaches and consults at the West Toronto Skating Club where he first started skating… Odds and Ends: Really good friends with fellow pairs skater Eric Radford, who he has been competing against 2002… Favourite motto: Your attitude almost always determines your altitude… Likes to listen to movie soundtracks like Rocky to get pumped up for competition… Favourite Olympic memory is watching the Canadian women’s hockey team win gold in-person at Sochi 2014…