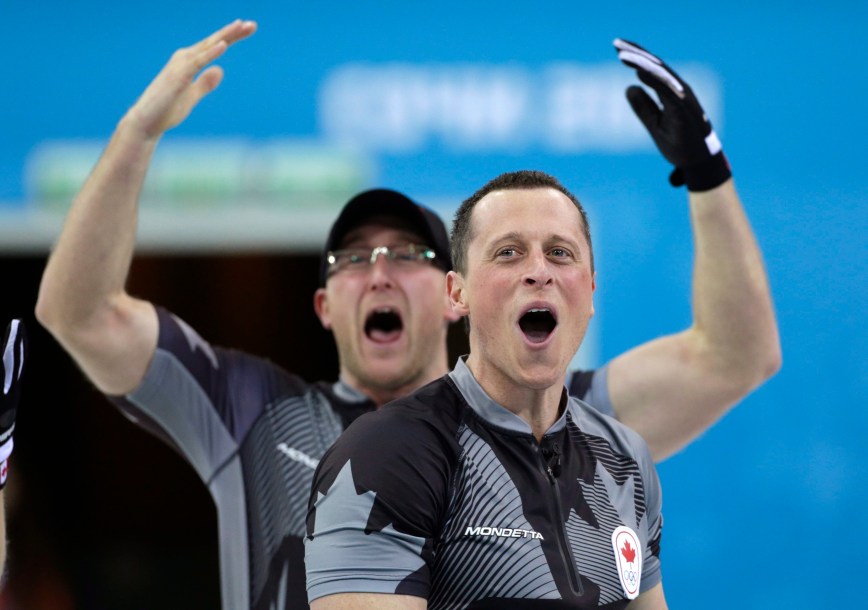 E.J. Harnden competed alongside brother Ryan on the team that at Sochi 2014 won Canada’s third straight Olympic gold medal in men’s curling. The team skipped by his cousin Brad Jacobs posted a 7-2 round robin record in Sochi, before defeating China 10-6 in the semifinal and Great Britain 9-3 in the final. They had started the Olympic tournament with a 1-2 record, but an honest team chat sparked them to run the table the rest of the way.

A Little More About E.J.

Getting into the Sport: Father Eric Harnden has always been his idol and he grew up watching his dad compete… Younger brother Ryan is also a member of Team Brad Jacobs… Started curling at age eight when he was introduced to it by his father and began competing at age 14 in high school bonspiels… Outside Interests: Enjoys lifting weights, watching movies and listening to music… In the off-season enjoys golfing, camping and travelling… Director of Channel Operations for Northern Credit Union… Earned his Bachelor of Business Administration with a specialization in marketing from Algoma University in 2006… The annual Team Jacobs Charity Golf Classic raises money for the Sault Area Hospital Maternal Child Care Fund and the Team Jacobs Follow Your Dream Bursary at Algoma University… Odds and Ends: Favourite Olympic memory is Sidney Crosby’s gold medal-winning goal at Vancouver 2010… Has always loved all sports and dreamed of competing at the Olympic Games to be a part of history… Favourite quote: “In the end people will judge you anyway, so don’t live your life trying to impress others, live your life impressing yourself”…