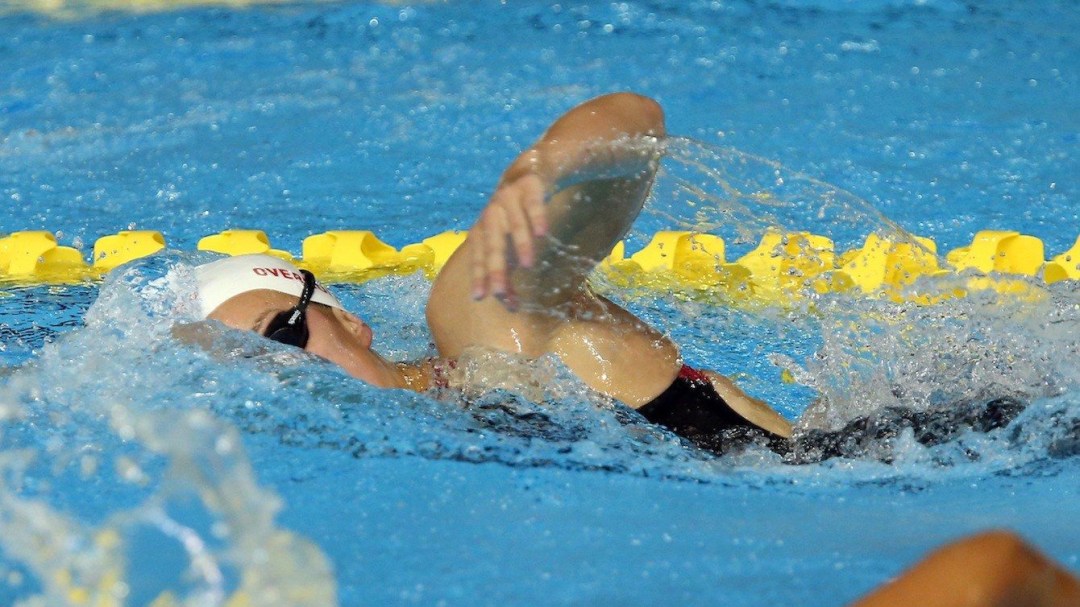 Emily Overholt was the breakout star of the Canadian swimming team in 2015. She was a triple medallist at the Pan Am Games in Toronto, highlighted by a gold medal from lane 8 in the 400m freestyle, setting a Pan Am record. That came one day after she appeared to win gold in the 400m IM but was disqualified for an illegal turn. She then made her FINA World Championship debut, surprising herself with a bronze in the 400m IM. In her Olympic debut at Rio 2016, Overholt was unexpectedly called into action to swim the heats of the 4x200m freestyle relay, which went on to win the bronze medal. She also made it to the final of the 400m IM, finishing fifth. Overholt has wanted to represent Canada since watching Michael Phelps win his unprecedented eight Olympic gold medals at Beijing 2008. In 2013 she competed at the FINA World Junior Championships where she captured bronze in the 400m IM. That proved to be her strongest individual event in 2014 when she made her senior national team debut at age 16. At both the Commonwealth Games and Pan Pacific Championships she made the final in the 400m IM, finishing fifth and sixth, respectively. She also anchored the 4x200m freestyle relay squad to Commonwealth silver and Pan Pac bronze, despite being the youngest member of the team.

Family: Parents Carman and Deborah Overholt… Both parents are lawyers… Older brother Andrew… Younger brother Markus… Getting into the Sport: Started swimming at age 8… Followed her friends with whom she played soccer and softball… Outside Interests: Graduated Collingwood High School in June 2015… Deferred acceptance to UBC science studies until September 2016… Enjoys baking and watching Netflix… Favourite movie: Pitch Perfect… Favourite TV show: Grey’s Anatomy… Had to learn to cook when she moved out on her own to be closer to the pool… Odds and Ends: Nickname Em… Collects towels from anyplace she travels… Favourite motto: Winners are dreamers that never quit…