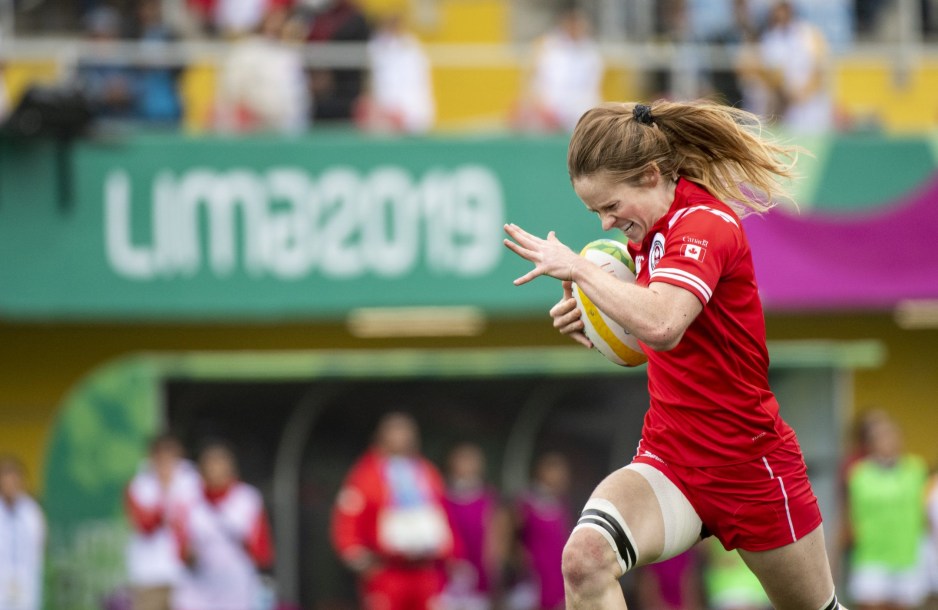 Emma Chown began competing in rugby at the national level in 2016. That year, she helped Canada win silver at the FISU World University Championships in Swansea, Wales. She competed in her first World Rugby Sevens Series tournament in Dubai in 2017. She would later contribute to Canada’s gold medal at the Kitakyushu Sevens in 2019 and was a key member of the team at the Biarritz Sevens later that season when Canada qualified for the Tokyo 2020 Olympic Games.

A LITTLE MORE ABOUT EMMA

Getting into the Sport: Started playing rugby 15s in high school at age 14 before trying sevens a few years later and enjoying the fast-paced version of the game… Outside Interests: Enjoys camping and has a passion for animals… Odds and Ends: Favourite motto: “Control the controllable”…

Olivia Apps made her Sevens Series debut with Canada at the Sydney stop in 2018, helping Canada finish third in…