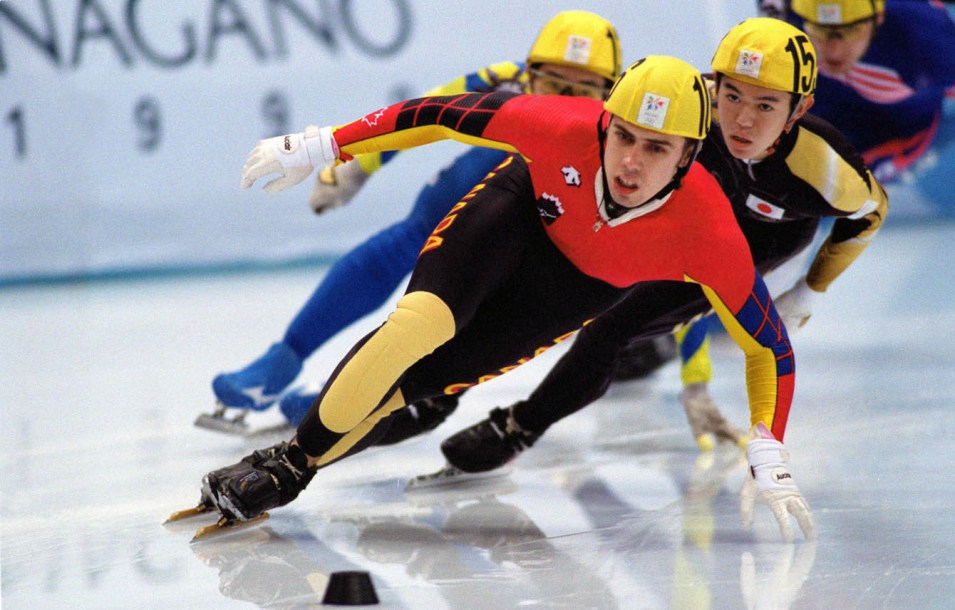 Éric Bédard is a three-time Olympian who won four Olympic medals in short track speed skating as a member of Team Canada.

In his Olympic debut at Nagano 1998, he captured gold as a member of the 5000m relay team and earned an individual bronze medal in the 1000m. Four years later, he helped Team Canada successfully defend that relay gold medal at Salt Lake City 2002. In his final Olympic appearance at Turin 2006, he won silver with the 5000m relay while just missing the podium with a fourth-place finish in the 500m.

Bédard also enjoyed success at the ISU World Championships, winning eight medals with the 5000m relay, including world titles in 1998, 2005, and 2006. Individually, he ranked second overall at the world championships in 2000. In 2002, he won his only individual event medal at the worlds, taking bronze in the 1000m.

After his retirement in 2006, Bédard headed overseas to pursue a coaching career. He attended Vancouver 2010 as the head coach of Germany’s short track speed skating team before guiding the Italian team to three medals at Sochi 2014. After a year coaching in France, he returned to Canada to manage the short track high performance program at the Olympic Oval in Calgary in 2015. He held that position until August 2018 when he was appointed as the National Team Coach for the Canadian men’s short track team.