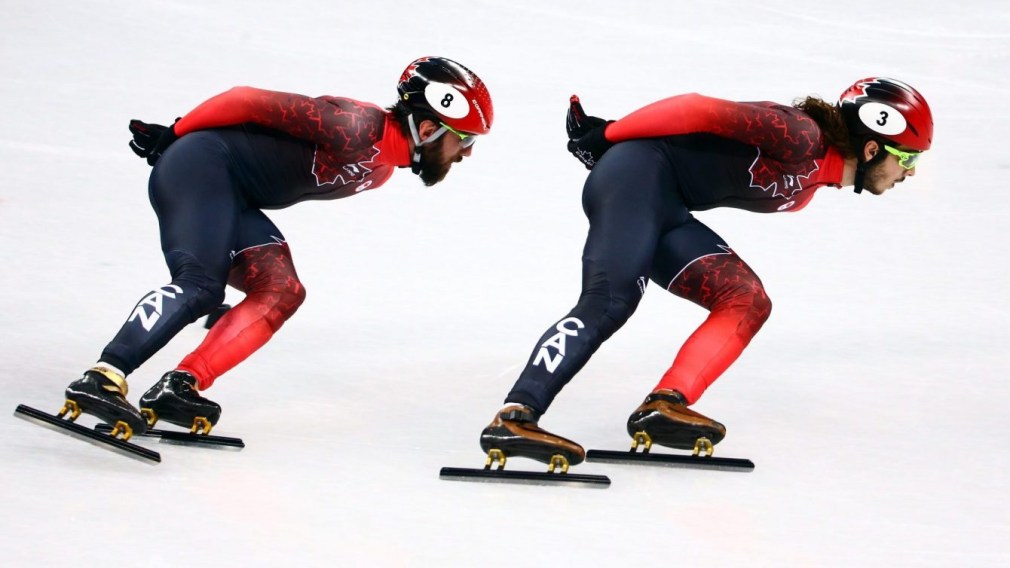 Short track speed skating takes place on a 111.12m oval which is marked on an international-sized ice rink. The smaller oval means there are tighter turns and shorter straightaways than in long track. There are nine events on the Olympic program. 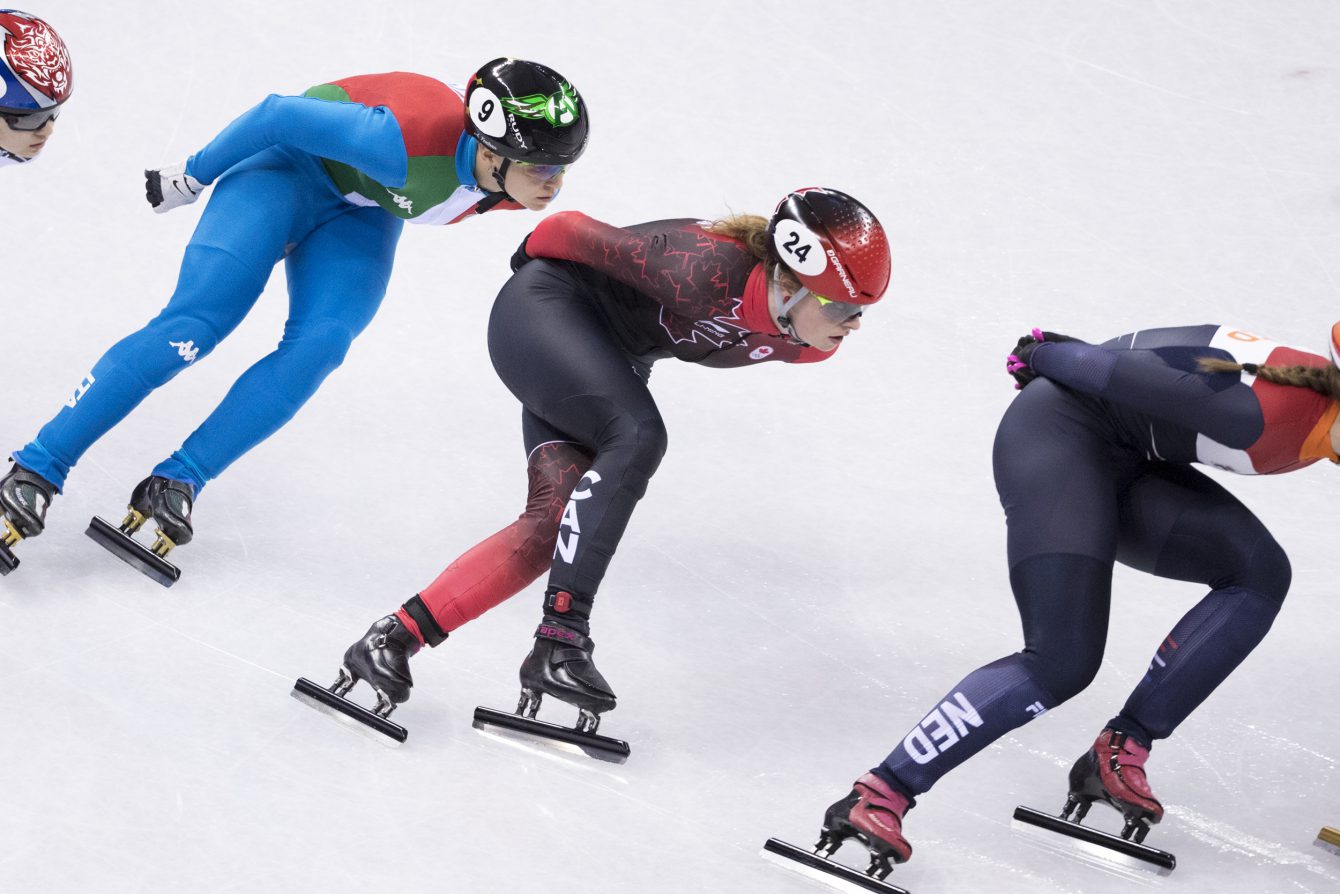 In the 500m (4 ½ laps) and the 1000m (9 laps) there are four rounds of competition (heats, quarterfinals, semi-finals, finals) in which there are usually four skaters racing at a time.

With 13 and a half laps, the 1500m is the most strategic of the individual events. There are three rounds of competition (heats, semi-finals, finals) in which there are usually six skaters racing at a time.

In the men’s 5000m relay (45 laps) and women’s 3000m relay (27 laps), teams compete with four skaters each and there are four teams on the ice at a time. Instead of a baton, the exchange between teammates is made by pushing the next skater to maintain momentum and movement. Skaters will race one to two laps before making an exchange. In the event of a fall, a covering skater may tag the fallen skater and continue the race. 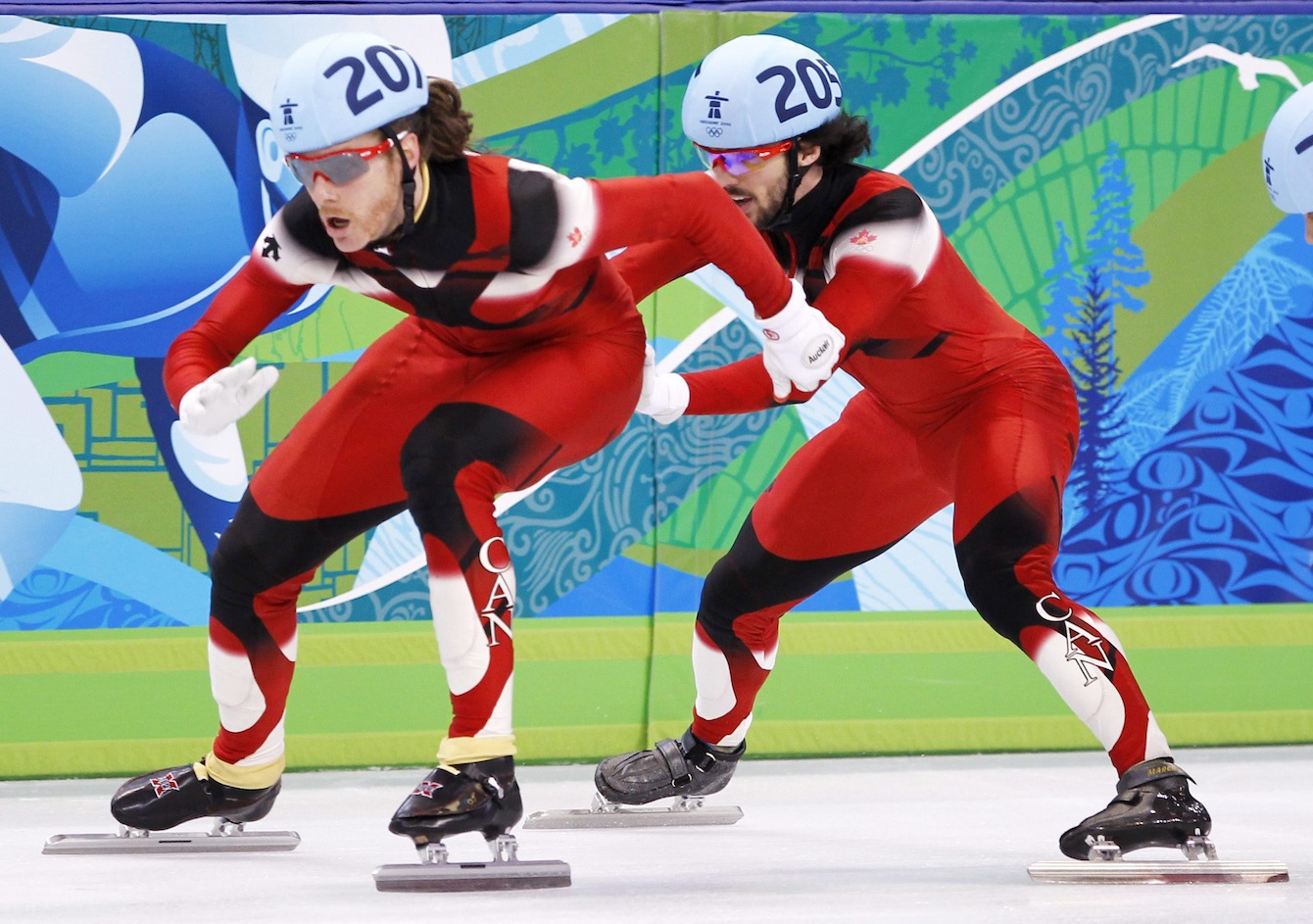 New to the Olympic program at Beijing 2022 will be a mixed team relay, which has a total distance of 2000m (18 laps). Each team includes two women and two men, who race in that order (woman-woman-man-man). Each skater covers two and a half laps before pushing the next member of their team into the race. Each skater races twice. If an athlete falls, only an athlete of the same gender can tag in to continue the race.

Short track speed skating has only been on the Olympic program since Albertville 1992, but it is already Canada’s second-most successful winter sport with 33 medals won. 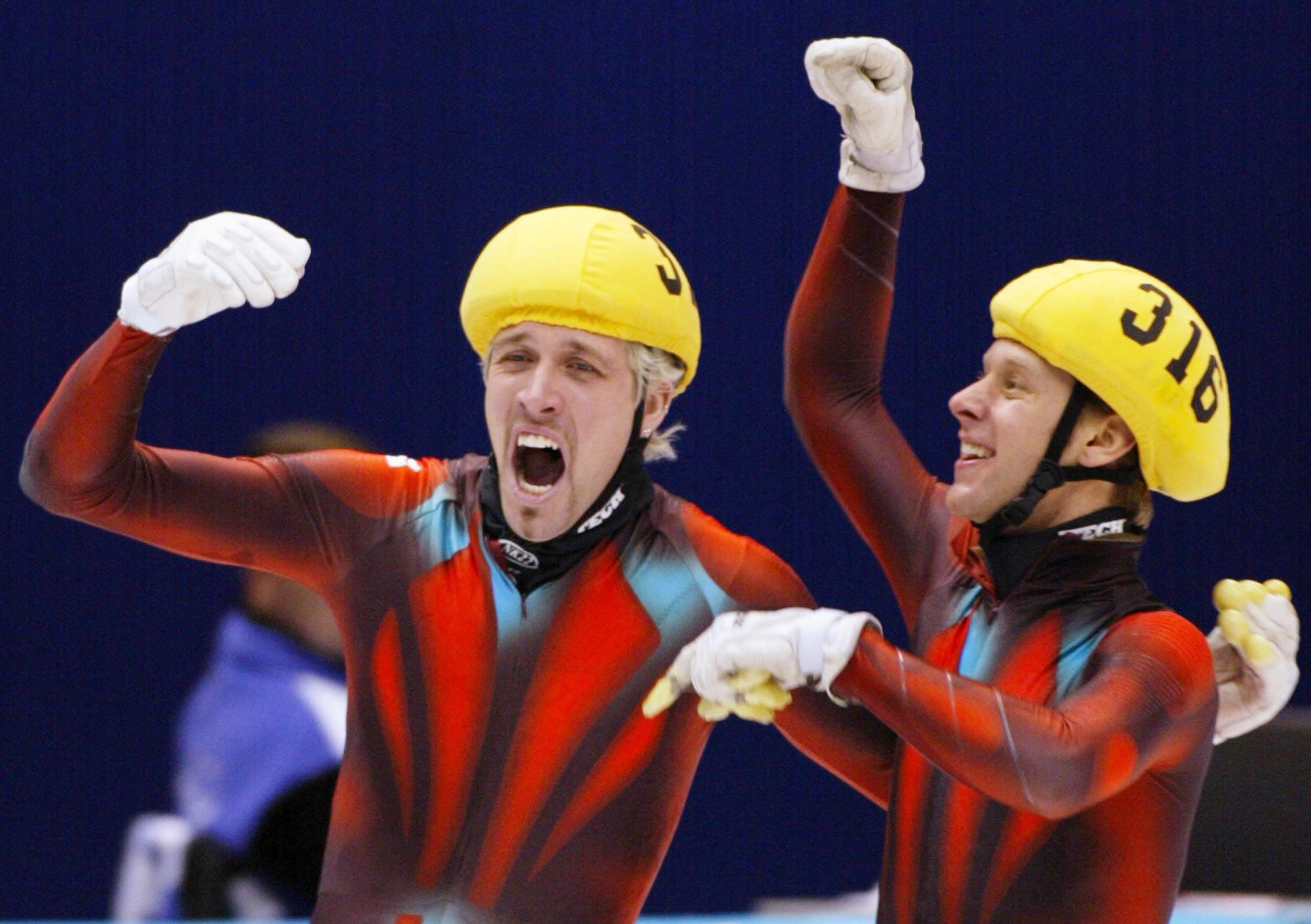 Canada’s best Games were at Salt Lake City 2002, where six medals were won. Marc Gagnon contributed three of those, highlighted by his gold medal in the 500m as he shared the podium with silver medal-winning teammate Jonathan Guilmette. The duo also won gold as members of the 5000m relay. Gagnon added a bronze medal in the 1500m. He ended his career as one of Canada’s most decorated Olympians with five medals, having previously won 1000m bronze at Lillehammer 1994 and relay gold at Nagano 1998.

Also on the most decorated list is François-Louis Tremblay, who won the first of his five Olympic medals as a member of the relay in Salt Lake City. He won relay medals at the next two Games, where he also stood on the podium in the 500m, winning silver at Turin 2006 and bronze at Vancouver 2010. 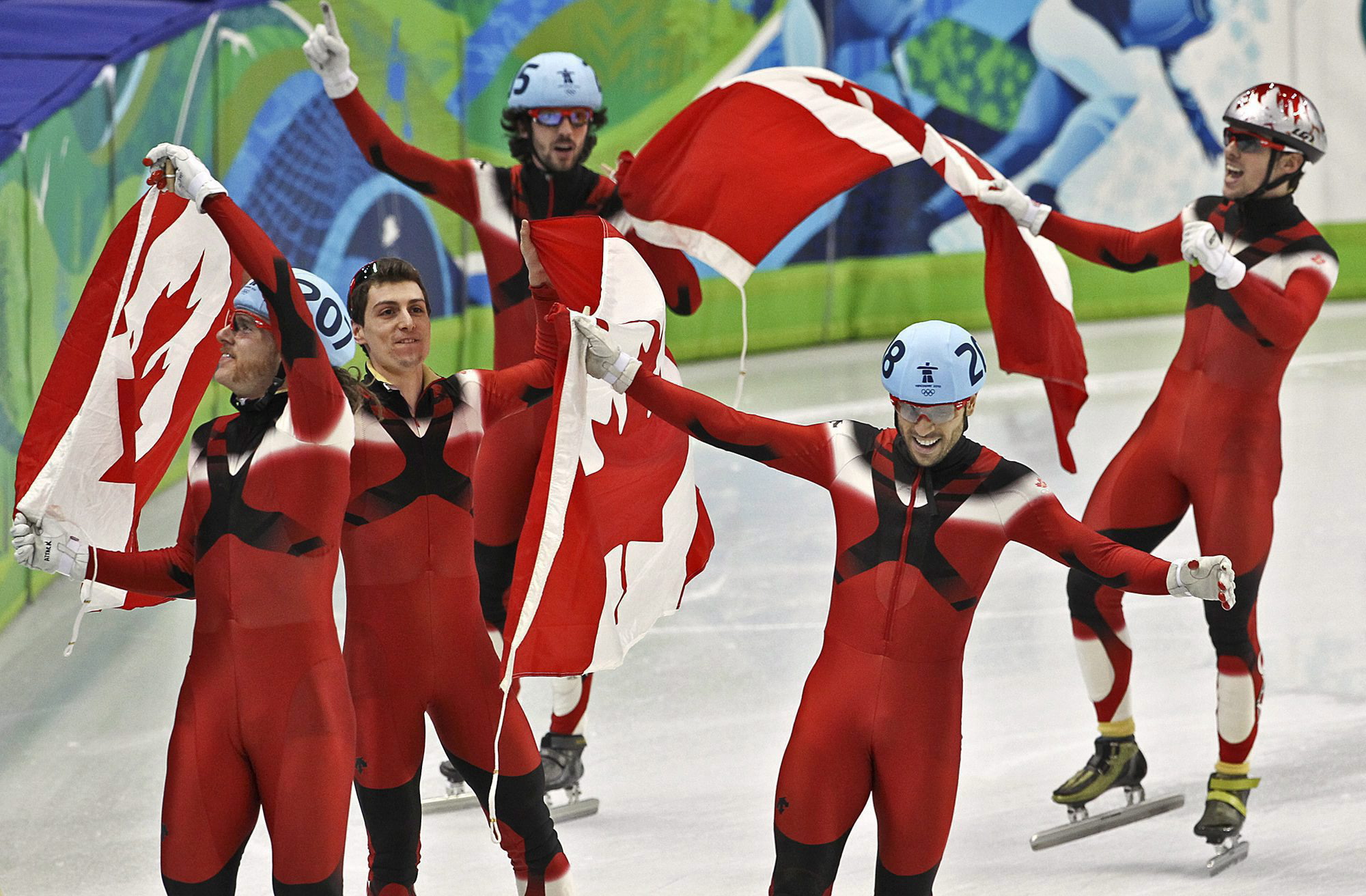 At Sochi 2014, Charles Hamelin won his third career Olympic gold medal when he finished first in the 1500m. Four years earlier he’d won gold in the 500m and as a member of the 5000m relay. He added a fifth career medal at PyeongChang 2018, winning bronze with the 5000m relay.

Canada’s short track star in PyeongChang was Kim Boutin, who was the country’s only triple medallist of the Games as she reached in the podium in all of the women’s individual events. She was selected as Canada’s Closing Ceremony flag bearer. Canada’s only short track gold in PyeongChang was won in the men’s 1000m by Samuel Girard. 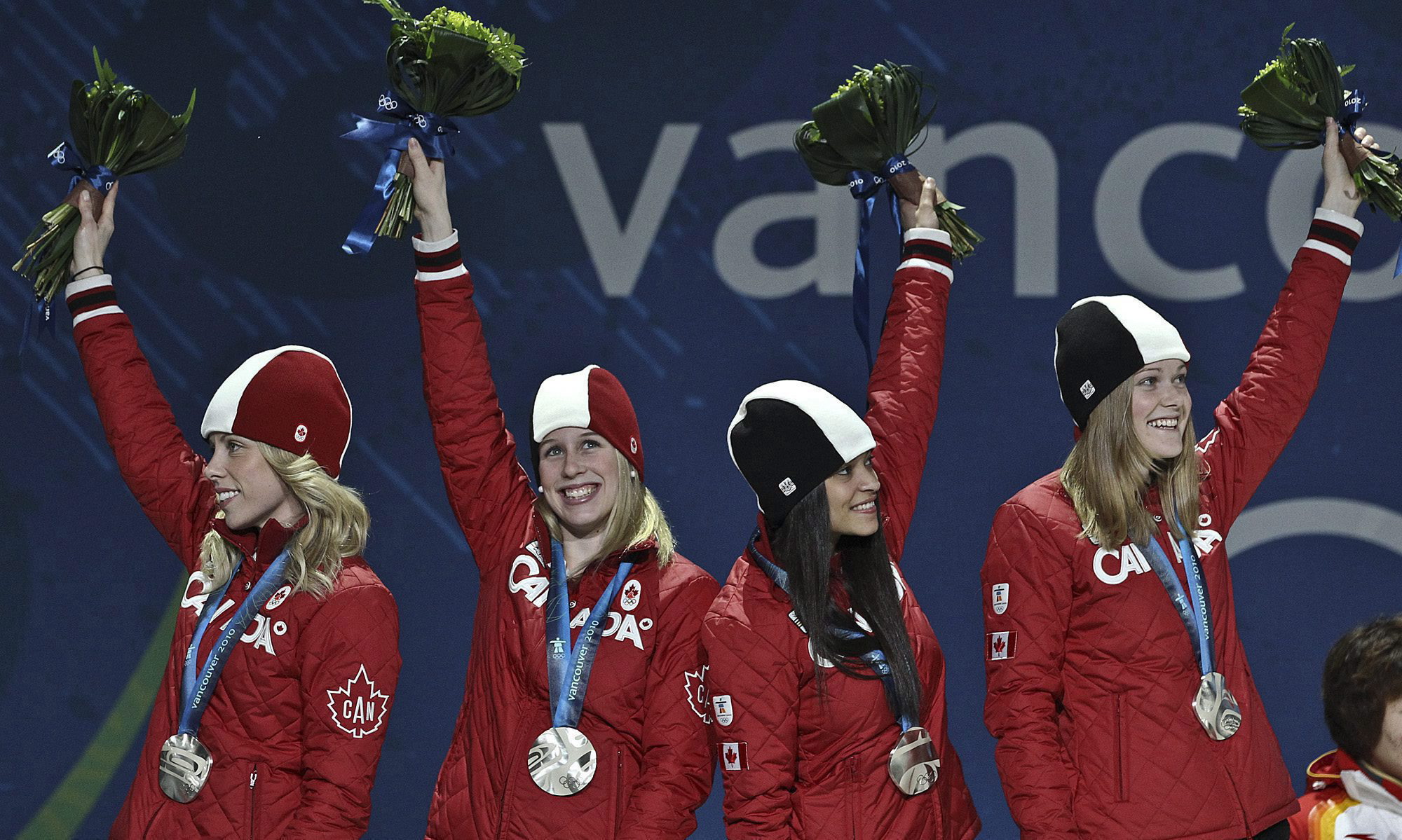 Until 2018, Canada had never missed the podium in the women’s 3000m relay, starting with a gold medal at Albertville 1992. Four silver and two bronze have been won since then. Tania Vicent was a member of four of those teams, making her Canada’s most decorated female short tracker. The only Canadian woman to win individual gold was Annie Perreault in the 500m at Nagano 1998.

At Sochi 2014, Marianne St-Gelais won silver with the 3000m relay for her third career medal, adding to the relay silver and 500m silver she won at Vancouver 2010.