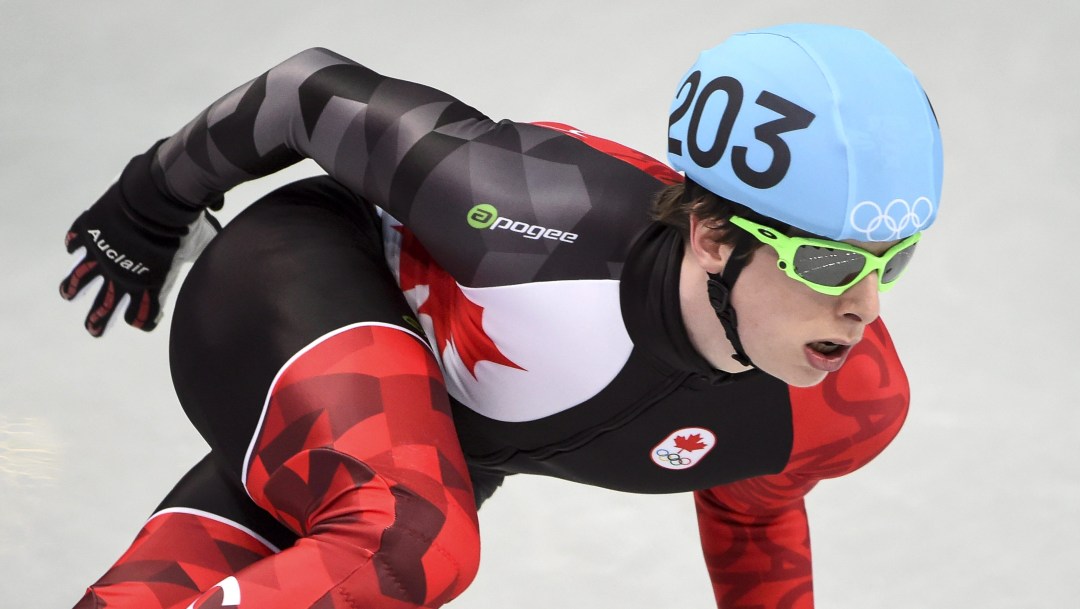 Charle Cournoyer was the youngest member of the Canadian short track speed skating team at Sochi 2014 where he made his Olympic debut. After the Canadian team endured multiple crashes and disappointments, Cournoyer ended the Games on a high note, winning a surprising bronze medal in the 500m.

The 2013-14 season was just the third in which he competed internationally. In two World Cups in 2011-12, he won his first medal in his very first World Cup appearance, capturing 1500m bronze in Nagoya, Japan. He was also part of the silver medal-winning relay team at the World Cup in Shanghai. He competed in the last three World Cups of 2012-13 and won his second career individual medal in Dresden, Germany, taking 1000m silver. Cournoyer made his world championship debut in 2013. Although he did not skate in any of the individual events, he was a member of the gold medal-winning 5000m relay team alongside Charles Hamelin, Olivier Jean and Michael Gilday.

Cournoyer missed a large part of the 2014-15 season due to injuries. He had surgery in March 2014 to fix a shoulder that kept dislocating. Three months later he had surgery on the other shoulder. Just as he was getting back on the ice in September 2014, he broke the fifth metatarsal in his right foot while playing basketball as a warmup. The recovery process became a huge learning experience for him as he realized he was not good at managing difficulties and had to overcome that.

He returned to form in 2015-16, earning his first individual World Cup victory when he captured 1000m gold in Toronto. He added another 1000m gold later in the season along with a silver and a bronze to finish the season ranked second overall in the distance. He earned another 1000m World Cup gold at the 2016-17 season-opening stop in Calgary. At PyeongChang 2018, Cournoyer was a member of the 5000m relay team that won bronze.

A little more about Charle

Getting into the Sport: Started skating at age five… Was always at the arena watching older brother Vincent skate and one day got tired of watching and wanted to participate… His three siblings all used to compete in short track… Outside Interests: Enjoys working on computers, whether it be programming or playing video games… Always travels with his computer… Has completed his Cégep studies in computer and mathematical sciences at Collège de Rosemont… Began studying software engineering at l’Université du Québec à Montréal but decided he couldn’t do both school and skating… Enjoys artisanal beer and smoking meat…  Odds and Ends: Had his Olympic dream sparked during Nagano 1998 when he woke up very early to watch the speed skating that had occurred overnight… Favourite Olympic memory is watching the Canadian men’s 5000m relay team win gold at Vancouver 2010 and hoping to one day compete at the Games… Sports idol is five-time Olympic medallist Marc Gagnon…