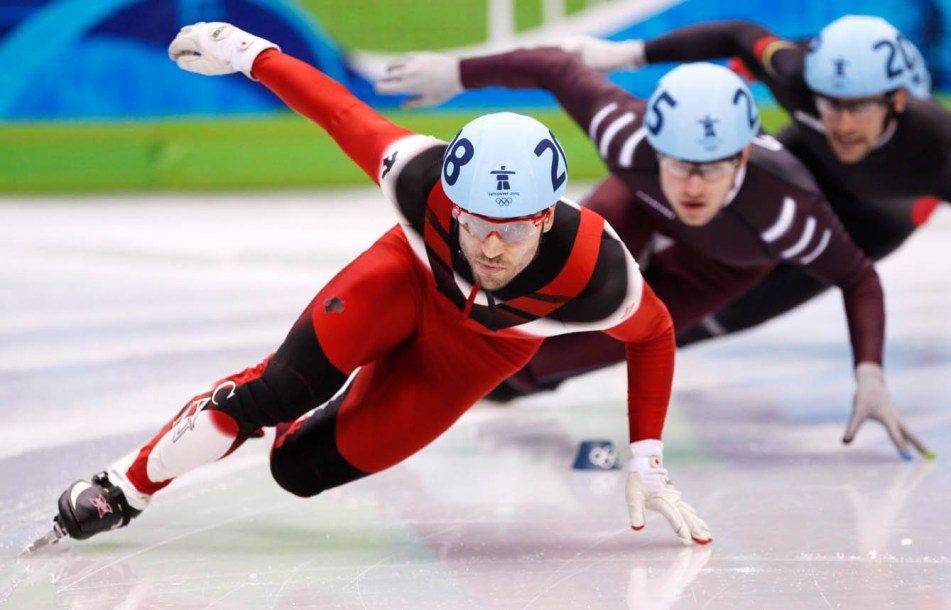 At Vancouver 2010 Tremblay won a bronze medal in the 500m, sharing the podium with teammate Charles Hamelin who won gold. Just half an hour later, they returned to the ice for the 5000m relay, winning gold with Olivier Jean, François Hamelin and Guillaume Bastille. The Canadians used a strategy called “Operation Cobra” which gave anchor skater Tremblay an extended period of rest before skating the last two laps.