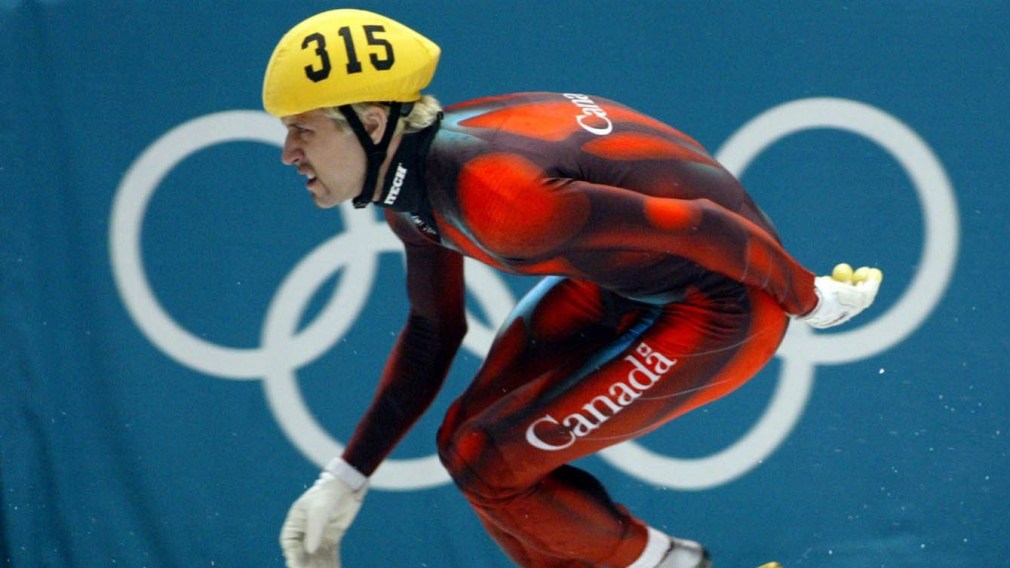 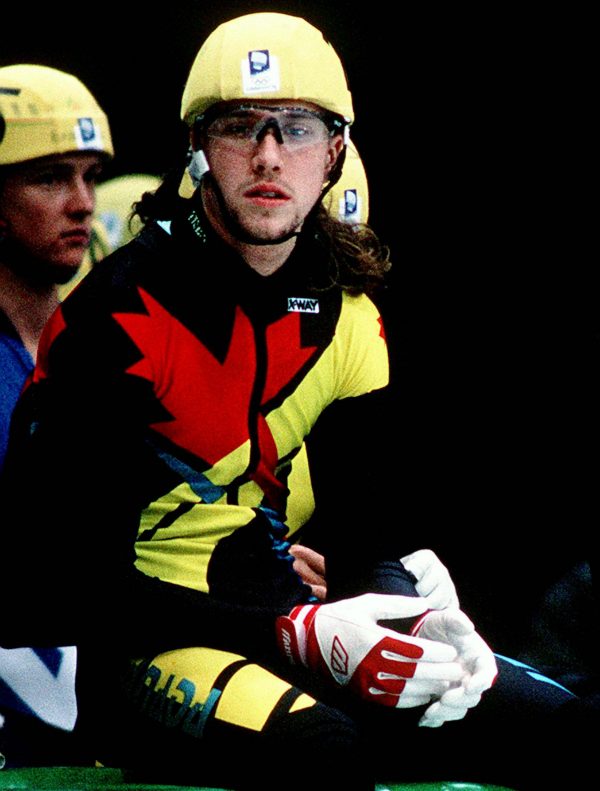 Marc Gagnon was already a world champion when he made his Olympic debut at Lillehammer 1994 winning his first Olympic medal, a bronze, in the 1000m. He had actually only won the 1000m consolation final in Lillehammer, but after a series of disqualifications in the final, he was moved up to bronze, having never even raced in the final. Gagnon was also just off the podium in fourth in the 500m and 5000m relay in Lillehammer.

It was as a member of the Canadian 5000m relay team at Nagano 1998 where Gagnon won his first Olympic title when the Canadian team used the strategy to move to the front early in the race to avoid crashes with other teams – a tactic which worked in their favour when other teams fell taking themselves out of contention. Individually, Gagnon finished fourth in the 500m when he fell, and was disqualified in the 1000m quarterfinals in Nagano, finishing 16th.

Gagnon spent 10 years on the national team and then announced his retirement after Nagano 1998, took a job, only to return to short track a year later in preparation for Salt Lake 2002. He had twice failed to win an Olympic medal in the 500m finishing fourth in 1994 and 1998. At Salt Lake 2002, Gagnon had a dramatic 500m quarter-final and semi-final, but finally won his individual gold medal in an Olympic record time of 41.802 seconds. Just 60 minutes later, Gagnon was back on the ice with the 5000m relay team (Jonathan Guilmette, François-Louis Tremblay and Mathieu Turcotte), who were the current world record holders. They successfully defended their Olympic 5000m title winning by over five seconds in an Olympic record time. Gagnon had won his second gold medal at Salt Lake 2002, along with a bronze in the 1500m. With a career total of five Olympic medals (three gold, two bronze), Gagnon was the most decorated Winter Olympian in Canadian sport history, surpassing Gaétan Boucher with four, until 2006 when Cindy Klassen surpassed this with six. He was also the first Canadian to equal track and field athlete Phil Edward’s record of five Olympic medals, which had stood since 1936.

Introduced to skating by his older brother Sylvain at the age of three, Gagnon began short track at five and was participating in long track as well until 14. Sylvain won a gold medal as a member of the 5000m relay team at Albertville 1992. At Gagnon’s first major international competition, the 1993 World Championships in Beijing, the brothers were tied in points with one race to go to determine the overall champion. In the 3000m final, Gagnon out-skated his brother and won the title, while Sylvain finished second.

Gagnon retired from active competition after Salt Lake 2002 and his outgoing personality made him one of the most sought after personalities in Québec. Gagnon invested in several businesses including becoming co-owner of “Cage aux Sports” restaurant in Montréal, and fitness centres “Énergie Cardio” in Chicoutimi and Anjou. He became a member of the coaching staff at the Short Track Speed Skating Canadian Regional Training Centre (CRTE) based in Montréal and in 2014 was named Head Coach of the Centre.