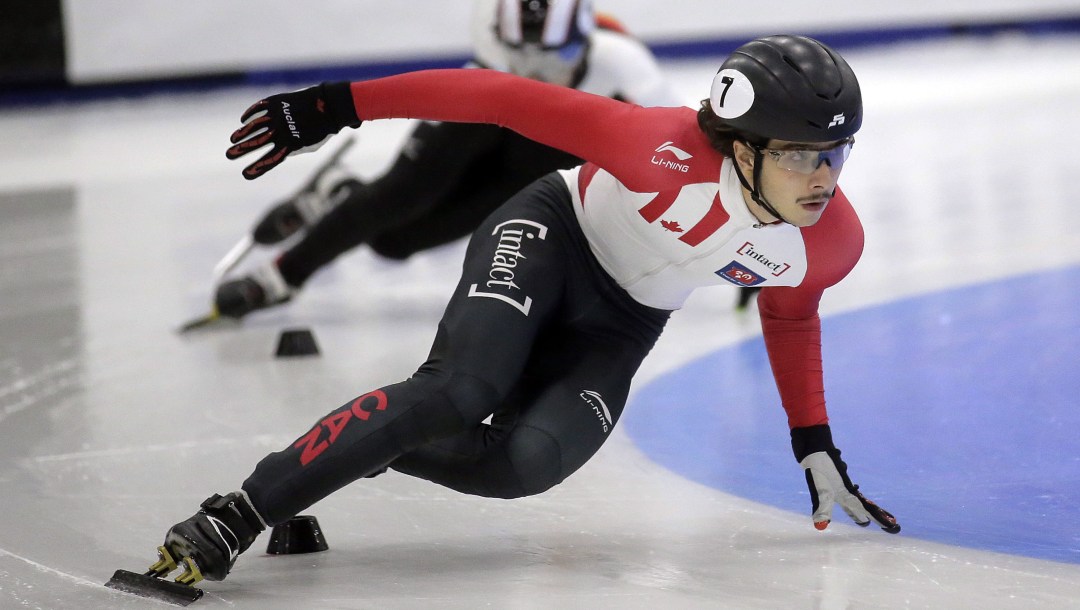 Samuel Girard was a double medallist in his Olympic debut at PyeongChang 2018, winning Canada’s first ever gold in the 1000m and bronze as a member of the 5000m relay. He just missed the podium in his other two events, finishing fourth in the 500m and 1500m.

Girard began competing internationally for Canada in 2013-14 when he won silver in the 500m at the 2014 World Junior Championships and finished fourth in the overall classification. He was the 2014 winner of Speed Skating Canada’s Rising Star Award for short track. Girard made his debut on the World Cup circuit the following season, winning two medals with the 5000m relay. He had a breakthrough in the individual events in 2015-16, winning silver in the 1000m at the season-opening World Cup stop in Montreal. That was followed the next week by his first World Cup victory as he took 500m gold in Toronto. He would finish the season ranked third in the 500m overall World Cup standings.

In his second world championship appearance in 2016, Girard was a double medallist, winning silver in the 1000m and 5000m relay. He also just missed the podium in the 1500m, finishing fourth. Girard had a great start to the World Cup season again in 2016-17, winning a gold medal at each of the first two stops in North America, one in the 500m and one in the 1500m. He also captured a 1000m silver. Girard earned more hardware at the 2017 World Championships as he won silver in the 1500m and finished fourth in the 500m which helped to place third in the overall classification. Girard finished first in the overall standings at the Canadian selection trials for PyeongChang 2018, winning seven of nine races. Four years earlier he had been a spectator at the trials for Sochi 2014.

A little more about Samuel

Getting into the Sport: Started skating at age 4 because his parents wanted him to learn, but they didn’t realize they had enrolled him in a speed skating club… After the first year he was asked if he wanted to skate on long blades and he said yes… Outside Interests: Studying accounting in CEGEP… Loves playing with wood and crafting furniture for his apartment as well as tinkering with and modifying his car… Plans to build a sugar shack in the summer after PyeongChang 2018… While living in his hometown he enjoyed going hunting and trapping… Odds and Ends: Moved to Montreal for training at age 17, just days after finishing high school…