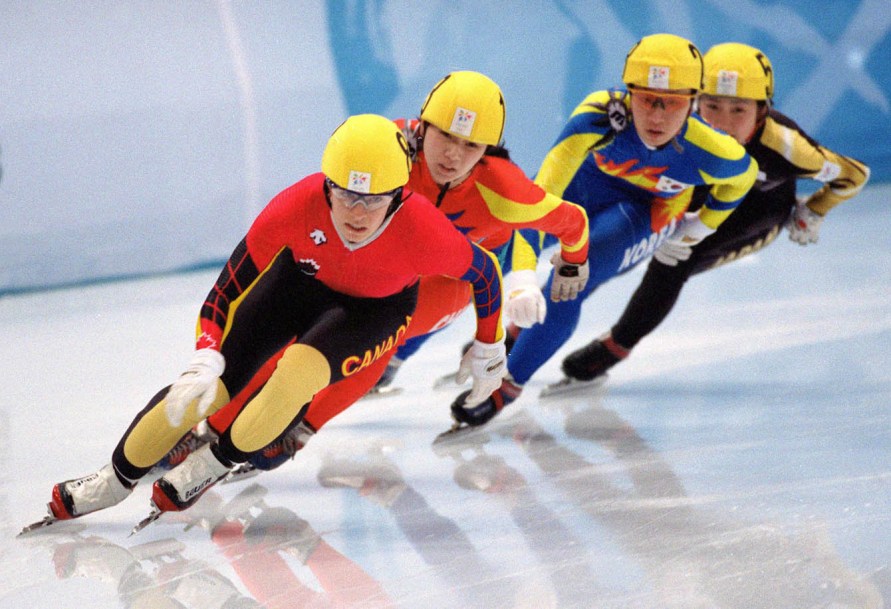 Three-time Olympian Annie Perreault was the first Canadian and only Canadian woman to win individual Olympic gold in short track speed skating, earning the victory in the 500m at Nagano 1998 where she also won bronze with the 3000m relay. Just months earlier she had undergone surgery on both of her lower legs for compartment syndrome. That came four years after she had missed competing at Lillehammer 1994 when she suffered a violent skating crash that left her with a concussion. Perreault won her first Olympic gold medal when she was just 20, as part of the 3000m relay at Albertville 1992 where short track speed skating made its official Olympic debut.