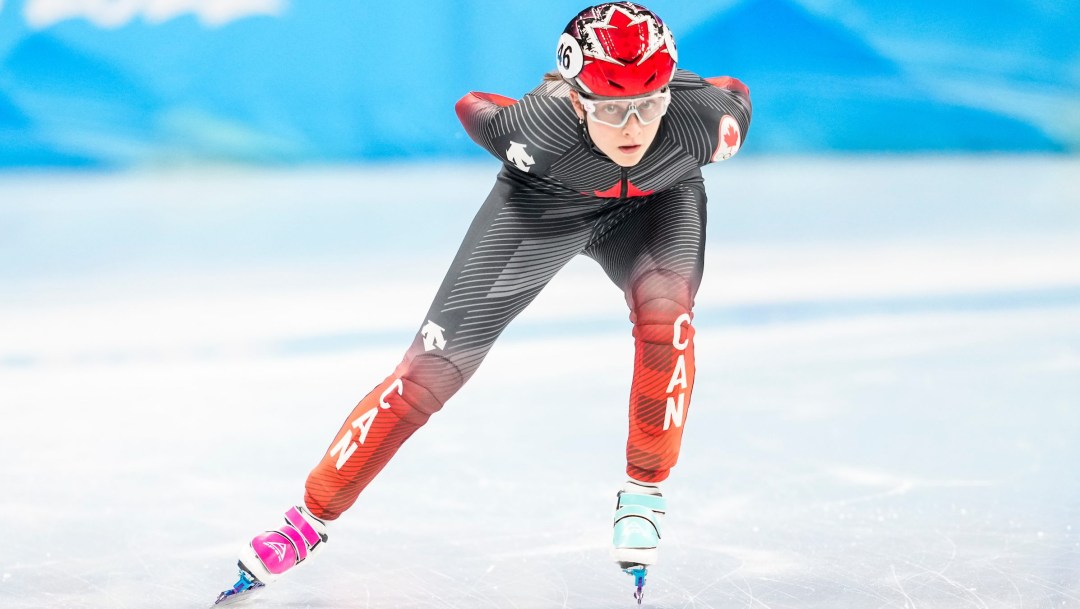 Danaé Blais has been representing Canada internationally since 2016 when she competed at her first of three ISU World Junior Championships. After they just missed the podium in 2017, Blais and the women’s 3000m relay team captured gold at the 2018 World Juniors, where she also posted her best individual results.

Blais made her World Cup debut during the fall of 2018. One of her fondest memories came at the third stop of the season in Almaty, Kazakhstan where Canada won gold in the mixed relay. It was the first time she had skated in a senior international event with her older brother Cédrik and they got to stand on the top step of the podium together. It was also in Almaty that Blais won her first World Cup medal with the women’s 3000m relay team as they took bronze.

As a fulltime member of the World Cup team in 2019-20, Blais won five medals with the women’s 3000m relay team, including a gold in Shanghai. At the inaugural Four Continents Championships, she took home a silver in the 3000m relay.

Blais competed at her first ISU World Championships in 2021. Because of the COVID-19 pandemic, it was the only international short track event that Canadian skaters entered in what would have been the 2020-21 season. She was part of an eighth-place finish with the 3000m relay.

Returning to the World Cup circuit in the fall of 2021, Blais won a silver medal with the 3000m relay team in Debrecen. She made her Olympic debut at Beijing 2022 where she competed in the 1500m. She capped the 2021-22 season by winning silver with the women’s 3000m relay at the world championships in Montreal.

A Little More About Danaé

Getting into the Sport: Started speed skating at age 7… Did not like it at first and told everyone that she wanted to do gymnastics but her parents kept her in skating and a few months later she decided she was done with gymnastics… Older brother Cédrik was also a member of the national short track team until retiring in June 2021; she competed at her first World Cups alongside him…