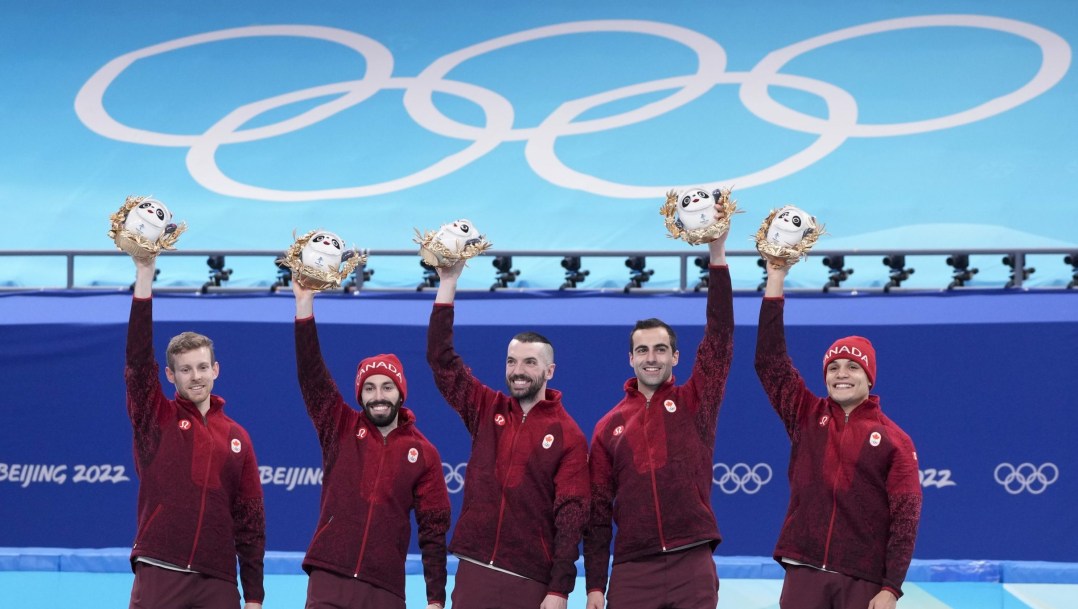 Maxime Laoun made his Olympic debut at Beijing 2022 where he was a member of the men’s 5000m relay team that won the gold medal. Laoun raced in the semifinal and stood on the top step of the podium alongside Pascal Dion, Steven Dubois, Charles Hamelin, and Jordan Pierre-Gilles.

Laoun first represented Canada internationally as a member of the men’s relay team at the 2014 World Junior Championships. He returned to the junior worlds the next two years, competing in all the individual events, and posted his best result in 2016 when he finished fourth in the 500m and eighth overall.

In January 2018, Laoun finished fourth overall at the Canadian Senior Selections competition. An ankle injury brought his season to an early end, but he had earned himself a spit on the national team. In September 2018, he ranked seventh overall at the Canadian Short Track Championships, which he improved upon a year later when he broke into the top three. That earned him a place on the World Cup team and in his debut at the season-opener in Salt Lake City, he helped Canada win bronze in the men’s 5000m relay.

Following the second stop of the season in Montreal, where he posted a top-five finish in the 1000m, Laoun suffered a triple fracture of the tibia and a fractured fibula during a collision in training in November 2019. He underwent three surgeries and rehab before returning to training in May 2020.

Laoun was named to the Canadian team for the 2021 World Championships where he competed in all three individual events as well as the men’s 5000m relay. In September 2021, he finished sixth overall at the Canadian Championships and earned his way back onto the World Cup team. In November 2021, he was a member of the mixed relay team that won silver and the men’s 5000m relay team that won gold in Debrecen. He won his first world championship medal in 2022, taking bronze in Montreal with the 5000m relay.

A Little More About Maxime

Getting into the Sport: Started skating at age 3 and competing at age 5… Loves the speed and adrenaline of short track and that he can always push to be better… Outside Interests: Would like to be an optometrist and take over his father’s business… Grew up playing competitive golf, winning the Quebec Juvenile Championship… Also enjoys cooking, travelling, fishing, scuba diving… Odds and Ends: Is very superstitious about the clothes he wears when he races…