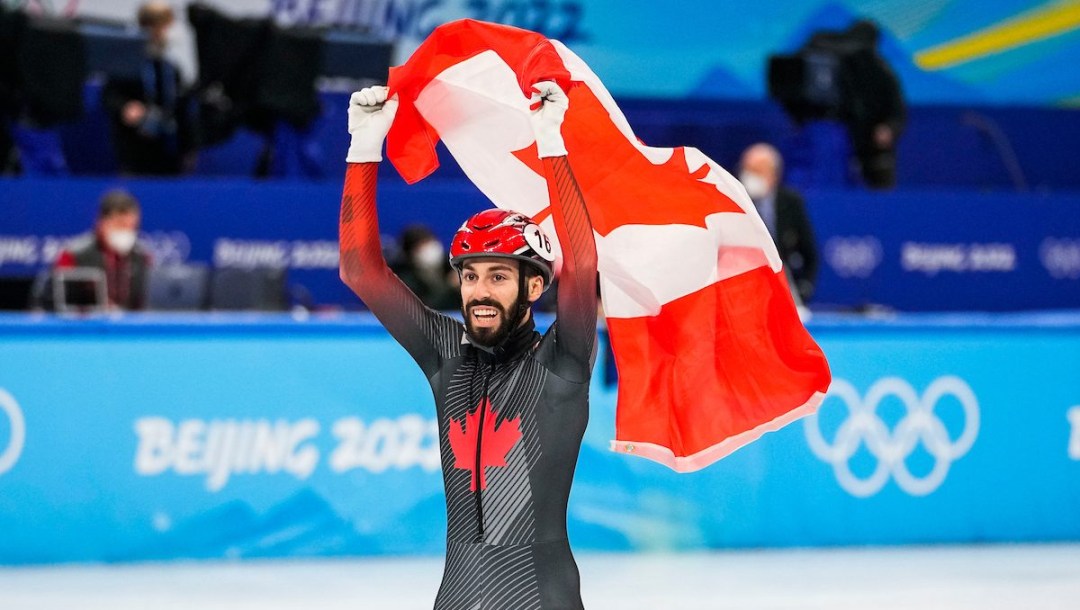 Steven Dubois won three medals in his Olympic debut at Beijing 2022. His haul began with a silver medal in a photo finish in the 1500m, followed by a bronze in the 500m. He ended up with a medal of each colour when he captured gold with his teammates Pascal Dion, Charles Hamelin, Jordan Pierre-Gilles and Maxime Laoun in the 5000m relay. Dubois took the last exchange and secured the victory when he crossed the finish line in first place.

Dubois joined the World Cup team for the first time in the fall of 2017. He made the most of his only appearance that season, winning gold with the men’s 5000m relay in Dordrecht. He was named as a reserve for the 2018 Olympic Team.

Dubois became a fulltime member of the World Cup team in 2018-19 and won his first individual medal, a bronze in the 1500m, at the second stop in Salt Lake City. He would win another 1500m bronze in Turin and along with a couple of fourth-place finishes, he ended the season ranked second overall in the distance. In his ISU World Championship debut in 2019, Dubois narrowly missed the podium with a fourth-place finish in the 1500m.

The 2019-20 season brought even more success for Dubois. He earned his first individual World Cup victory in the 500m in Dresden. He also earned three other individual podiums, one in the 500m and two in the 1000m. For the second straight year, he was the top-ranked Canadian man in the world. In 2020 he was the overall silver medallist at the inaugural Four Continents Championships, winning silver medals in the 500m, 100m, 1500m and 5000m relay.

Dubois competed in all three individual events and the 5000m relay at the 2021 World Championships, the only international event that Canadian skaters entered during what would have been the 2020-21 season. In August 2021 he won his second straight overall title at the Canadian Championships and was named to the World Cup team. He helped Canada win two gold medals in the 5000m relay and earned a solo silver in the 500m in Dordrecht. He won his first world championship medal in 2022, taking bronze with the 5000m relay in Montreal.

Dubois represented Canada internationally for the first time at the 2016 World Junior Championships where he won bronze in the 500m.

A Little More About Steven

Getting into the Sport: Started skating at 11 years old… Drawn to the sport because of the technical difficulty, tactics, and athleticism required… Outside Interests: Enjoys watching movies, reading, climbing and travelling… Odds and Ends: Favourite motto: “Dreams aren’t meant to stay dreams”…