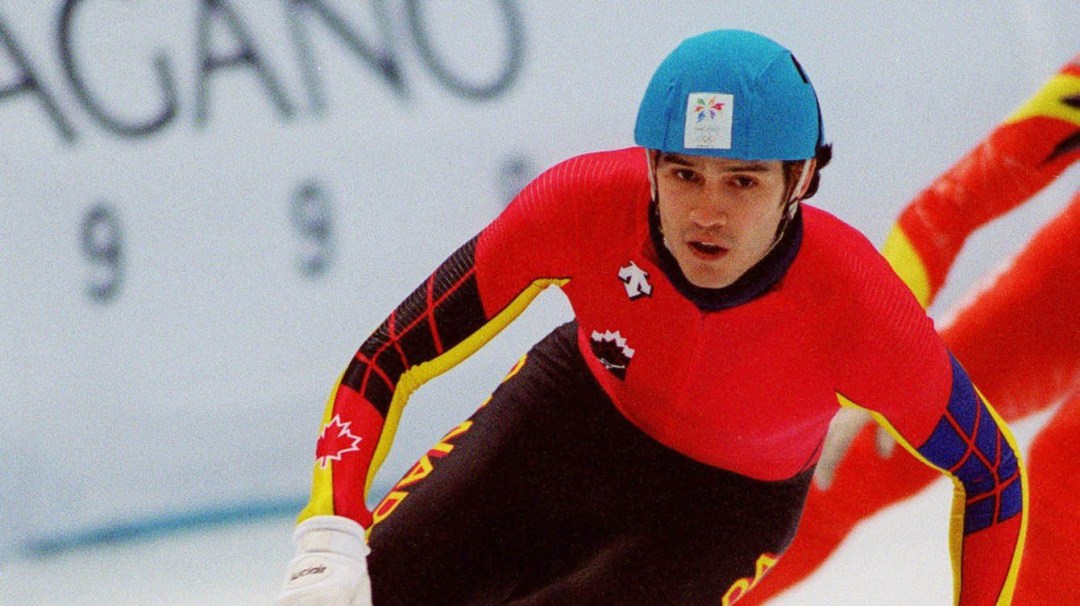 Two-time Olympian Canada’s Derrick Campbell made his Olympic short track speed skating debut at Lillehammer 1994 where he was the gold medal favourite in the 500m, but he fell in the semi-finals and finished 11th. He led the 1000m for six laps, was knocked down with three laps to go, still finished the race, and was awarded the bronze medal after another skater was disqualified. However, a lap counting error meant that Campbell skated one lap too few and he was disqualified, finishing sixth. In the 5000m relay final the Canadian team finished a disappointing fourth. At Nagano 1998, and in his only race of the Games (5000m relay), Campbell and Canadian teammates, Éric Bédard, François Drolet and Marc Gagnon used the strategy to go out early in the final and stay out of trouble with other teams, which proved successful when they won the gold medal.

Campbell starting playing hockey at the age of 10 and was speed skating at 12. He joined the Cambridge Speed Skating Club and made the national team in 1989 at 17. Retiring from active competition in 2000, Campbell began a successful career as a speed skating coach for Team USA. He returned to Canada for the 2007-08 season coaching the men’s team at Vancouver 2010, Sochi 2014 and PyeongChang 2018, then joined Team China as they prepared to host Beijing 2022. Campbell was once married to two-time Olympic speed skater Cindy Overland (Nagano 1998, Salt Lake City), and was the brother-in-law to Olympic speed skaters Kevin (Nagano 1998) and Amanda (Torino 2006) Overland.

In 1998, Campbell was inducted into the Cambridge Sports Hall of Fame, and along with his Nagano 1998 relay team, into the Canadian Olympic Hall of Fame in 2005. He served as a representative to the International Skating Union from 1998-2000.