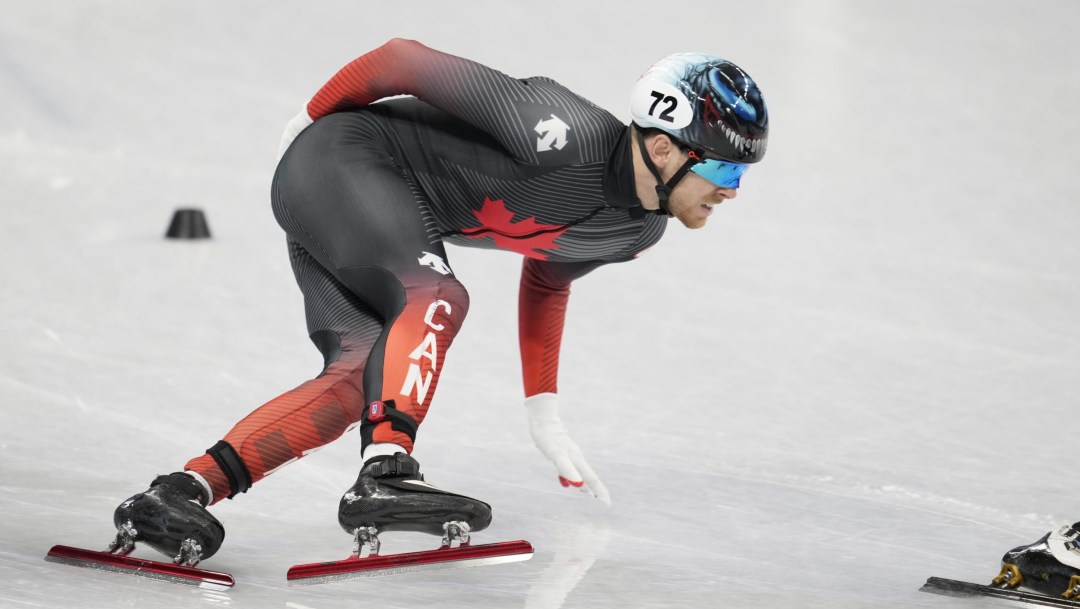 In his Olympic debut at PyeongChang 2018, Pascal Dion was a member of the bronze medal winning men’s 5000m relay team. Less than a month later, he won his first World Championship medal, helping the relay team capture silver. It was also the first world championship in which he competed in individual events.

In his second Olympic appearance at Beijing 2022, Dion was a member of the 5000m relay team that captured gold, doing so alongside Charles Hamelin, Steven Dubois, Jordan Pierre-Gilles and Maxime Laoun.

Dion first represented Canada internationally at the 2015 Winter Universiade where his highlight was a fourth-place finish in the 1500m. That came after he was forced off the ice for four months in 2014. During a race, he was passed on the outside which caused him to lose his balance. He fell on the blades of a skater who had fallen before him, receiving two cuts to his back and losing more than a litre of blood. After undergoing a lot of physiotherapy and rehab to ensure his muscles were working properly, he competed at his first national selection trials just a couple of months after his return to skating.

Dion made his World Cup debut in 2015-16, winning a bronze medal with the 5000m relay at his first competition. After appearing at just two World Cup stops that season, he made it to the circuit full time in 2016-17. After just missing the podium in the 1500m at the first stop in Calgary, he claimed his first individual World Cup medal, a silver in the 1000m, at the PyeongChang 2018 test event in Gangneung, South Korea where he was racing against three Koreans in front of 13,000 fans. That success in the Olympic venue gave him a huge boost of confidence. He also won silver at that stop with the 5000m relay. Dion went on to make his world championship debut in 2017, placing fifth with the 5000m relay.

During the 2018-19 and 2019-20 seasons, Dion won a total of four World Cup medals with the 5000m relay. It wasn’t until the fall of 2021 that he skated his way onto another individual World Cup podium. He ended up finishing first in the overall 1000m standings on the strength of one silver and two bronze medals in the four races in the distance. He also earned a silver medal in one 1500m race and helped Canada win two gold medals in the 5000m relay. Dion capped the 2021-22 season by winning his first individual medal at the world championships, taking silver in the 1500m. He also won bronze with the 5000m relay and finished second in the overall classification.

A little more about Pascal

Getting into the Sport: Started skating at age 6, first in figure skating before switching to short track because he had too much energy for the artistic sport and was disturbing everyone else… Fell in love with training as a team in an individual sport…. Outside Interests: Studying Human Movement at UQAM… Enjoys playing golf, golf, badminton, volleyball, wakesurfing… Coaches at the Point-aux-Trembles speed skating club… Odds and Ends: Favourite motto: Live your life!… Five-time Olympic medallist Marc Gagnon has been his idol since he was young…