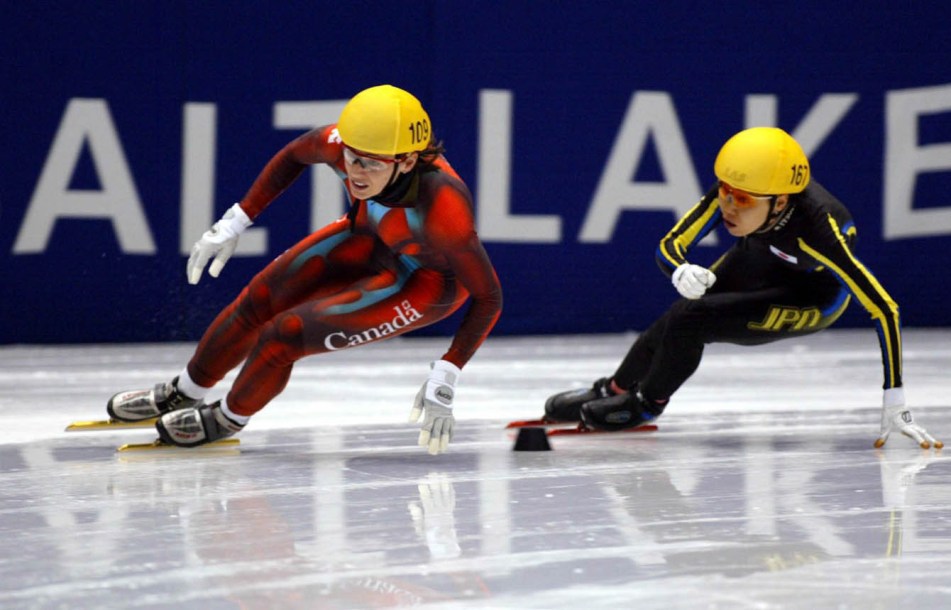 Having joined the national team in 1988, Isabelle Charest began her rise on the international short track speed skating scene in the early 1990s. She made her Olympic debut at Lillehammer 1994, winning silver as part of the 3000m relay. She followed that with appearances at Nagano 1998 and Salt Lake City 2002, winning a pair of bronze medals with the 3000m relay. At the latter, she recorded her best individual Olympic result, placing fourth in the 500m.

Charest also enjoyed plenty of success outside of the Olympic Games. She was named Canada’s Female Short Track Skater of the Year three straight years from 1995 to 1997. In March 1996 she broke the 500m world record for the first time, en route to winning world championship gold in the event. Combined with her bronze medal in the 1000m, she claimed the overall world championship bronze. In March 1997 she became the first woman to break the 45-second barrier in the event, setting the world record at 44.867, a mark that would hold for a year and a half. Charest won three world titles in the 3000m relay (1993, 1994, 1997) as well as two world bronze medals (1995, 2000).

Outside of sport, Charest earned her Bachelor’s degree in nutrition at Université de Montréal. In October 2018, she was elected to the National Assembly of Quebec as the member representing Brome-Missisquoi.