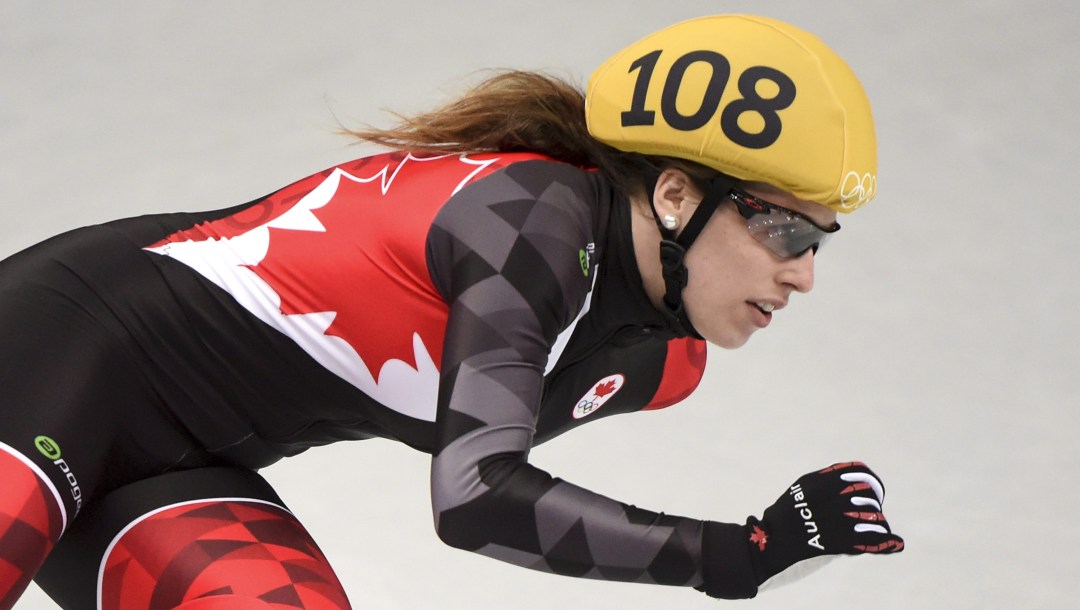 Marianne St-Gelais was one of just four Canadian athletes to win multiple medals at Vancouver 2010, capturing a pair of silvers in the 500m and 3000m relay. Her 500m silver happened to come on her 20th birthday. Four years later at Sochi 2014, St-Gelais added a third silver medal to her career total as a member of the 3000m relay team. She competed in her third Olympic Games at PyeongChang 2018.

St-Gelais moved into senior competition fulltime in 2009-10 after great success as a junior. At the 2007 Canada Winter Games she won four gold and one silver medal. In 2009 she won 500m gold at the world junior championships and was named Speed Skating Canada’s Rising Star for short track. St-Gelais is one of the world’s best 500m skaters. She won bronze at the 2010 World Championships. In 2010-11 she won the overall World Cup title in the distance after winning all five of her 500m World Cup starts.

She just missed the podium at the 2013 World Championships with a fourth-place finish. St-Gelais has also been improving in the other distances. In 2011-12 she earned her first World Cup victories in the 1000m. At the 2013 World Championships she won bronze in the 1500m. She had very successful world championships in both 2016 and 2017. At the former, she won her first career world title, taking gold in the 1500m to go with silvers in the 500m and 5000m relay. She also finished second in the overall classification. She followed that up the next year with silver medals in the 500m, 1000m, 1500m and overall classification.  In both 2015-16 and 2016-17 St-Gelais finished the World Cup season ranked first overall in the 500m. She has been named Speed Skating Canada’s Female Short Track Skater of the Year five times (2010-11, 2013, 2015-16).

A little more about Marianne

Getting into the Sport: Started speed skating at age 10 when her neighbour who was the president of the local club asked her and her siblings if they wanted to join… The club had been losing members and there were four kids in the house who needed something to do… Outside Interests: Studied humanities at Cégep Collège de Maisonneuve in Montreal… Loves watching movies either at home or at the cinema and getting away to her family’s cabin in the woods… Odds and Ends: Sporting idols include Canadian hurdler Perdita Felicien and American distance runner Steve Prefontaine… Motto: Have fun. Smile when it rains… Loves emotional moments at the Olympic Games, such as Joannie Rochette performing after the death of her mother or Jon Montgomery drinking the pitcher of beer in Whistler… Still gets goosebumps thinking about walking into the Opening Ceremony at Vancouver 2010… Has a necklace that her grandmother gave her as a good luck charm… Collects pins when she travels for her mother’s collection…