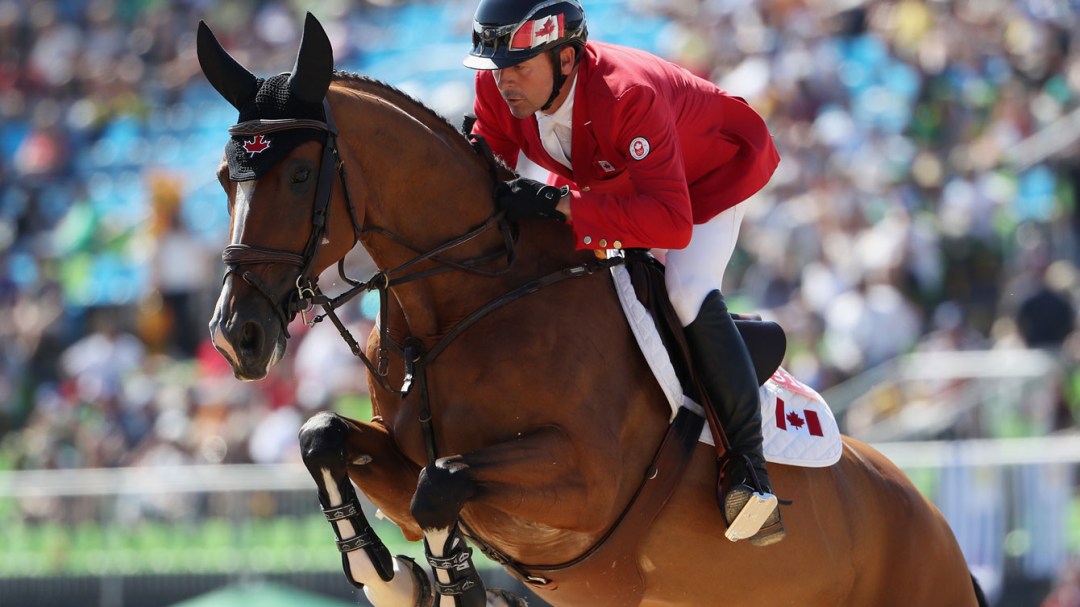 Eric Lamaze made history by becoming the first equestrian athlete to win an individual Olympic gold medal for Canada with his beloved stallion, Hickstead. The incredible accomplishment came just two days after Canada won the team silver medal at Beijing 2008. By the end of the 2008 season, Lamaze was ranked as the number one show jumping rider in the world, a feat he would accomplish again in 2010 and 2011.

Moving forward, Lamaze was a member of Canada’s fifth-place team at London 2012 with Derly Chin de Muze before winning team gold at the 2015 Pan Am Games in Toronto with Coco Bongo. At Rio 2016, Lamaze won individual bronze aboard Fine Lady 5, laying down five clean rounds of competition before a six-way jump-off for the medals. That made him Canada’s most decorated Olympic equestrian. He just missed another medal in the team event as Canada finished fourth, losing a jump-off for bronze to Germany.

Lamaze and Hickstead were inducted to Canada’s Sports Hall of Fame with the class of 2020-21. Lamaze was diagnosed with brain cancer in 2017 and last competed for Canada in September 2021 at Spruce Meadows. In February 2022, he was named Chef d’Équipe of the Canadian Show Jumping Team.

Getting into the Sport: Started riding at age 12… Early in his career he worked in exchange for the opportunity to ride and reached the Grand Prix level in 1992… Outside Interests: Avid golfer and property developer… Odds and Ends: Was once a working student for the legendary George Morris in New Jersey… Ian Millar has been his role model for his undying enthusiasm for the sport… Is nicknamed Caribou in France… Sporting philosophy: “Confidence in our sport is a huge part of being a rider. It does not matter how old you are or how much experience you have, you have to ride a wave.”