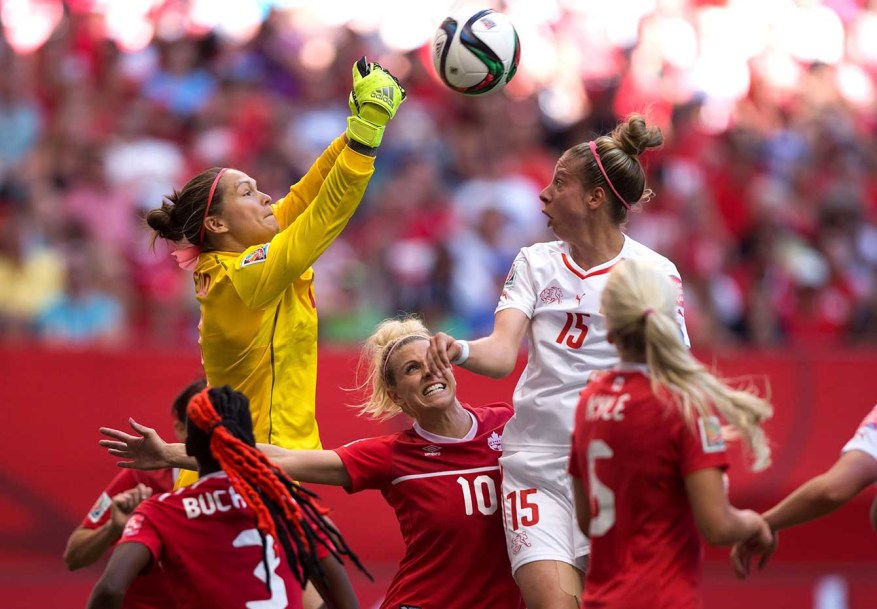 Goalkeeper Erin McLeod has represented Canada at three Olympic Games. In her second appearance, she won a historic bronze medal with the women’s soccer team at London 2012 where she started five of Canada’s six games. She had also been Canada’s starting goalkeeper at Beijing 2008, posting a 2-0-1 record in the group stage as Canada advanced to the quarterfinals. She was unable to play at Rio 2016 due to injury but was back with the Olympic squad at Tokyo 2020 where they won gold. McLeod served as the substitute goalkeeper in the preliminary round game against Chile after an injury to Stephanie Labbé.

McLeod has been in net during some of the biggest moments for Canadian women’s soccer. She was there when the upstart Canadian U-20 team made it all the way to the 2002 FIFA U-20 Women’s World Cup Final in Edmonton, where a record 47,000+ fans came out to watch. She was also the starter for Canada during the 2007, 2011 and 2015 FIFA Women’s World Cups. Canada finished sixth at the latter held on home soil.

A former goalkeeper for the Vancouver Whitecaps, she never lost a regular-season match in her three seasons in Vancouver and captured two W-League titles in 2004 and 2006.

McLeod played college soccer at Southern Methodist University and Penn State University, graduating from the latter with a degree in creative advertising.