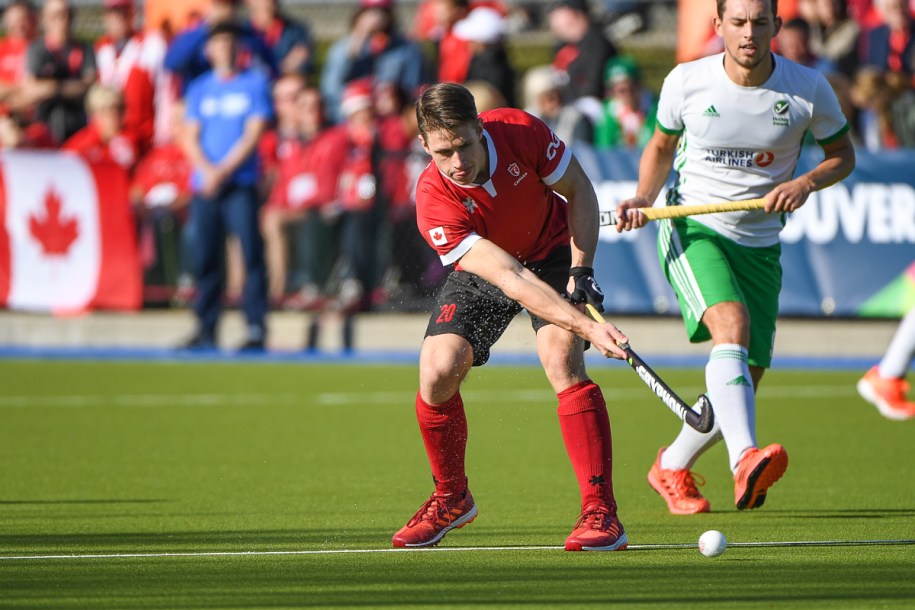 Fin Boothroyd joined the national team program in 2016 as a member of the junior squad. He achieved an early career highlight by scoring a goal in the semifinal match against Chile at the 2016 Junior Pan American Championships which secured Canada’s spot at the Junior World Cup later that year.

Boothroyd made his senior debut in early 2019 at the Sultan Azlan Shah Cup. He was also a member of the Canadian team that earned a dramatic victory over Ireland at the Olympic Qualifier in his hometown of West Vancouver in the fall of 2019. Canada won the two-game series in a shootout, securing their spot at the Tokyo 2020 Olympic Games where he made his Olympic debut.

A Little More About Findlay

Getting into the Sport: Starting playing at age 8 because his family all played… Outside Interests: Studying Commerce at the University of British Columbia… Enjoys boating and fishing at his cabin in the summer… Odds and Ends: Biggest inspiration has been his mom, who has battled numerous cancers… His grandfather, Lawrence Boothroyd, helped establish the West Vancouver Field Hockey Club in 1972 which has grown to become the largest field hockey club in North America… Nickname: Finny…

Blake Broszus made his senior debut for Canada in 2018 while simultaneously competing at the junior (U20) level. He won...