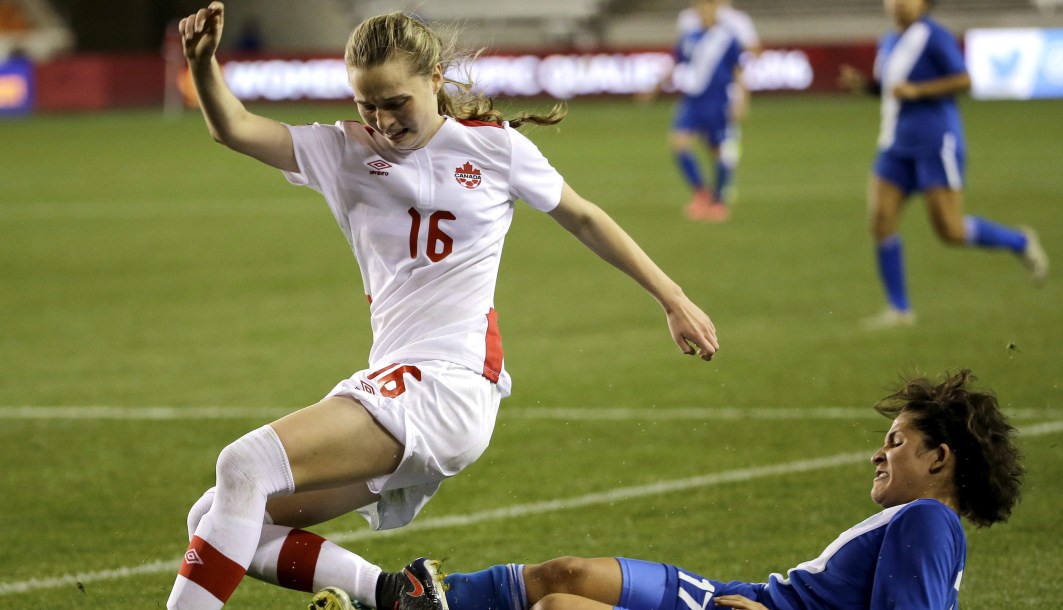 Gabrielle Carle made her Olympic debut at Tokyo 2020 where she spent most of her time as a substitute but did get into some game action during the preliminary round match against Great Britain.

Carle made her first appearance with Canada at the 2014 FIFA U-17 World Cup when she was just 15. She debuted with the senior team at the 2015 Pan Am Games in Toronto, where she played all 90 minutes of Canada’s last two games, including the loss to Mexico in the bronze medal match. Carle scored her first senior international goal in Canada’s 10-0 win over Guatemala at the CONCACAF Olympic Qualifier in 2016 where the team finished second to earn a spot in Rio. She was also part of the victorious Canadian squad at the 2016 Algarve Cup before being an Olympic alternate. In late 2016, she played for Canada at the FIFA U-20 World Cup.

Carle won an NCAA Championship with Florida State University in 2018.

A Little More About Gabrielle

Getting into the Sport: Started playing soccer at age 5, introduced to it by her father… Grew up participating in soccer, figure skating, basketball, karate and swimming… Outside Interests: Enjoys reading, television, hanging out with friends and family… Studying exercise physiology at Florida State University… Odds and Ends: Favourite motto: “Believe in your dreams”… Biggest influence has been her father who got her involved in soccer… Nickname: Gabby…