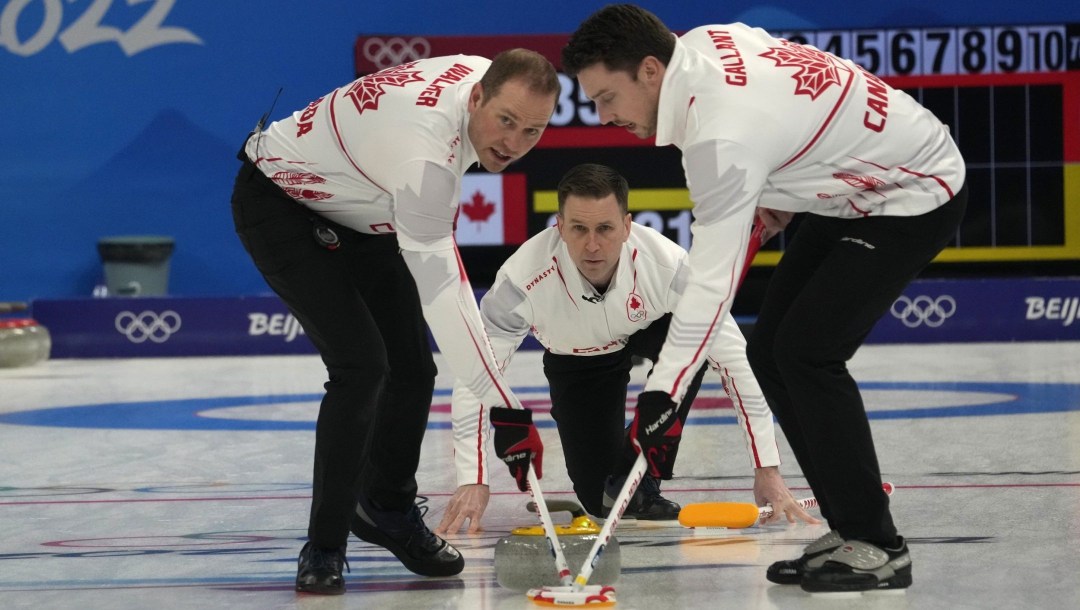 Geoff Walker made his Olympic debut at Beijing 2022 where he won a bronze medal. He has also won four Brier titles as well as a gold and two silver medals at the world championships while playing lead for Team Gushue.

Moving from his native Alberta to Newfoundland and Labrador, Walker joined skip Brad Gushue for the 2011-12 season, initially as the second before shifting to lead. That season, he made the first of his 10 Brier appearances. The following year, Brett Gallant came aboard as the third before moving to second in 2014-15 when Mark Nichols re-joined Gushue.

After finishing as the runners-up at the 2016 Brier, Team Gushue won their first Brier title in 2017. They did so in front of the home fans in St. John’s as they became Newfoundland and Labrador’s first Brier champions since 1976. Throughout that Brier, Walker dealt with a shoulder injury that left him unable to sweep properly in the playoffs. With a lot of physiotherapy, he was almost fully healed for the 2017 World Championships, where the team went undefeated en route to the gold medal. All four team members were named to the all-star team.

After successfully defending their Brier title in 2018, Team Gushue won silver at the 2018 World Championships. They won their third national title in 2020 but did not get a chance to compete at the world championships as they were cancelled because of the COVID-19 pandemic.

In Walker’s first Olympic appearance, Team Gushue got into the playoffs with a 5-4 round robin record. After a tough loss to the reigning world champions from Sweden in the semifinals, the team rebounded to defeat the defending Olympic champions from the United States 8-5 in the bronze medal game.

Just a couple of weeks after returning home, Team Gushue competed at the 2022 Brier as a wild card team. After posting a perfect 8-0 record in their round robin pool, they were dealt a blow when Nichols tested positive for COVID-19. Without an alternate, Gushue, Gallant and Walker competed in the playoffs as a three-man team, which resulted in Walker taking on line calling duties for Gushue’s shots as well as being a solo sweeper. They overcame their fatigue and adversity to advance to the final where they defeated four-time Brier champion Kevin Koe 9-8 in an extra end, earning Walker his fourth national title. Team Gushue went on to win silver at the 2022 World Championships.

Walker was the silver medallist at the 2016 Canadian Mixed Doubles Championship with his now-wife Laura as they lost to his Team Gushue teammate Gallant and his partner Jocelyn Peterman in the final.

A Little More About Geoff

Getting into the Sport: Started curling at age 11 and began playing competitively at age 15… Began in an after school league once a week that was run by his parents… Outside Interests: Earned a Diploma in Business Administration from Grande Prairie Regional College in 2006… Works on the grounds crew at a golf course in the off-season and would like to work in the golf turf industry… Huge fan of the Edmonton Oilers… Enjoys golf, camping, fishing… Odds and Ends: Wife Laura Walker skips her own curling team and won bronze at the 2021 Tournament of Hearts… Favourite quote: “Hard work beats talent if talent refuses to work hard”… 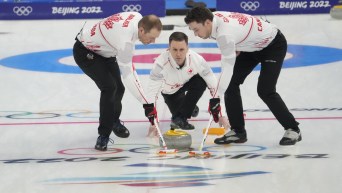