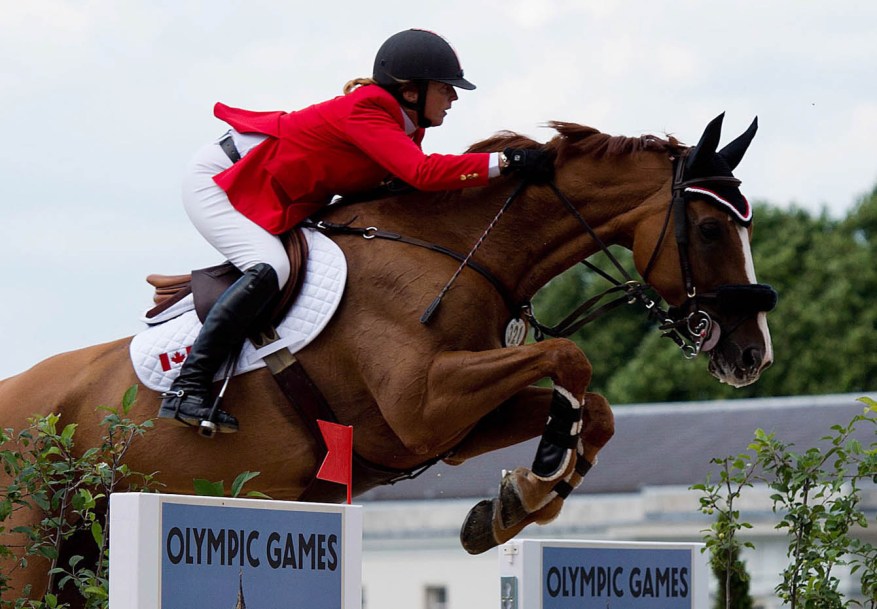 Equestrian Jill Henselwood made her second consecutive Olympic Games appearance in 2012 and competed in the jumping events. Henselwood was part of a trio consisting of Ian Millar and Eric Lamaze to finish fifth as a team. Individually, Henselwood placed 47th with her horse George.

In her Olympic debut in 2008, Henselwood was part of the first Canadian show jumping team to win a medal in 40 years as part of the silver medal winning team in Beijing.

In 1996, Jill won the $150,000 Grand Prix of the Desert on the young mare, Aerial. Later that year, the duo finished third in the Olympic selection trials, producing the only double clean performance and winning the final leg of the trials. In 1997, aboard Til Tomorrow, Henselwood was a member of the Pan American bronze medal-winning team, which qualified Canada for the 2000 Sydney Olympic Games.

Along with riding as a member of more than a dozen Nations’ Cup teams, Henselwood has represented Canada at many top international events including: the 1992 and 2005 World Cup Finals,1994 World Equestrian Games and both 1995 and 1999 Pan American Games.