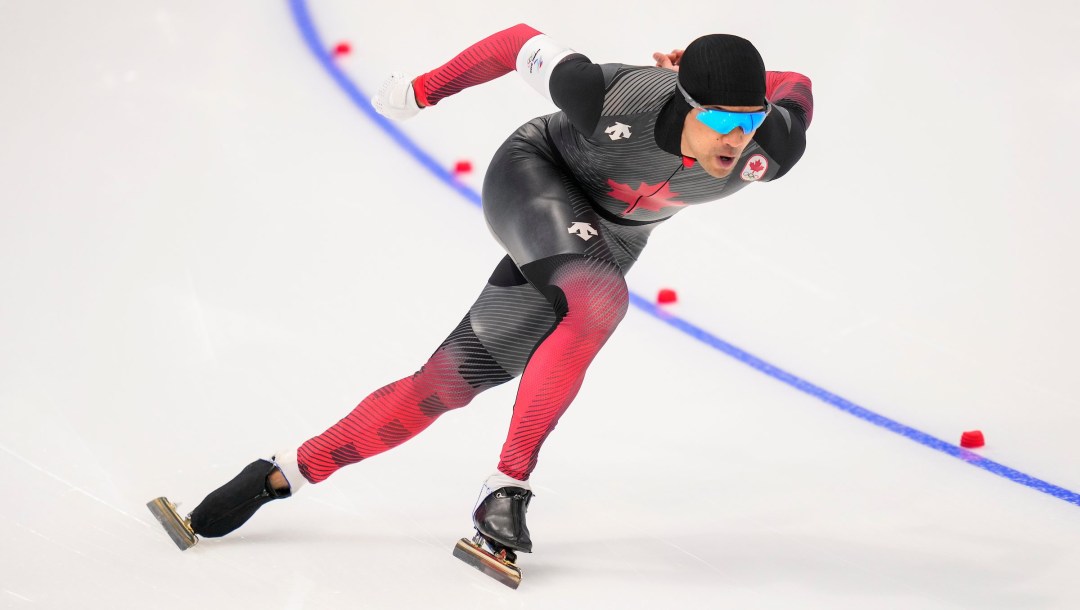 Gilmore Junio became internationally known for his remarkable display of sportsmanship at Sochi 2014 when he gave his spot in the 1000m to teammate Denny Morrison, who had missed qualifying in that event after a fall at the Canadian trials. Morrison went on to win silver, a medal the two friends celebrated together. A few months later Junio was gifted with a special commemorative crowd-funded medal. Earlier in the Games, Junio had finished 10th in his specialty, the 500m, ranking him as the top Canadian in the event. Junio made a second Olympic appearance at PyeongChang 2018 where he finished 17th in the 500m. He became a three-time Olympian at Beijing 2022.

Junio had shown much promise as a short track skater, but disaster struck in his last year as a junior. Two weeks before the Canadian Junior Championships he was taken out during a race and fell into the boards head first, suffering compression fractures to his T5 and T8 vertebrae. Two days after he got home he decided to switch to long track where there was less risk of falling and re-injuring himself. Just two months later he took part in his first international competition and then competed at the 2010 World Junior Championships where he finished fourth in the 500m.

In the summer of 2010 Junio was named to the national long track development team and competed at four World Cup stops that year. The 2011-12 season saw more progress as he consistently competed in the A group at World Cups against the world’s best skaters. He had his big breakthrough in 2012-13 when he won his first World Cup medal, a silver in the 500m at Nagano in December. He ended the season ranked in the top-10 of the World Cup 500m standings. Junio competed at his first World Single Distances and World Sprint Championships in 2013. He earned his first World Cup victory on November 15, 2013 when he set his personal best and tied for first in a 500m in Salt Lake City. He earned his second individual World Cup gold in Inzell, Germany in December 2015 and went on to finish the 2015-16 season ranked third in the 500m World Cup standings. Junio has seven career World Cup medals in the 500m.

In his six appearances at the World Single Distances Championships, Junio achieved his best result in 2015 when he placed eighth in the 500m.

A little more about Gilmore

Getting into the Sport: Started playing hockey at age seven; as he got older realized he was too small to make a career of it but was a strong skater… In the summer of 2003 his father suggested he try speed skating because there was a talent ID camp at the Olympic Oval in Calgary; he soon for a letter telling him he had potential… Remembers his dad toiling for hours making his first skin suit on a sewing machine as they didn’t know where to buy one; it included old hockey shin pads that he dismantled and worked in… Had his Olympic dream sparked by watching the men’s team pursuit win gold at Vancouver 2010, followed 24 hours later by the men’s hockey gold medal… Outside Interests: Enjoys gaming, biking, playing guitar… Stays active in the off-season by skiing and playing hockey… Ambassador for Classroom Champions… Would like to pursue a career in sports marketing and sharing the stories of athletes… Odds and Ends: Sporting idol is former Calgary Flames captain Jarome Iginla… Favourite quote: “Whatever you are, be a good one” -Abraham Lincoln… Always listens to Fall Out Boy’s From Under the Cork Tree album every race day from track number two onwards until he gets to the rink…