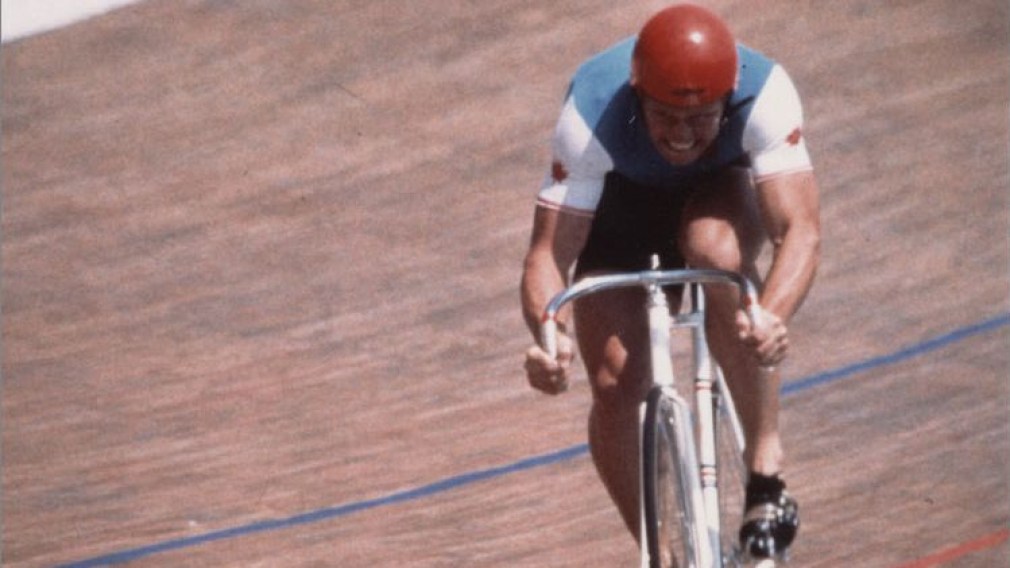 Gordon Singleton made his Olympic debut at Montreal 1976 where he competed in track cycling’s sprint event. He was also named to Team Canada for Moscow 1980, but was unable to compete after Canada joined the American-led boycott of the Games. Instead, he drove his competitive fire by taking aim at three world records, setting global standards in the 200m flying start (10.58s), 500m flying start (27.31s) and 1000m standing start (1:03.823) in the span of 24 hours in October 1980. Singleton went on to make more history in 1982 when he became the first Canadian to win a world title in track cycling, claiming keirin gold as well as his second straight sprint silver. Singleton had previously won a 1000m time trial silver at the 1979 World Championships. He’d also reached the podium at the 1979 Pan American Games, winning gold in both the sprint and the 1000m time trial. A year earlier, he’d been the gold medallist in the sprint and bronze medallist in the 1000m time trial at the 1978 Commonwealth Games in Edmonton.