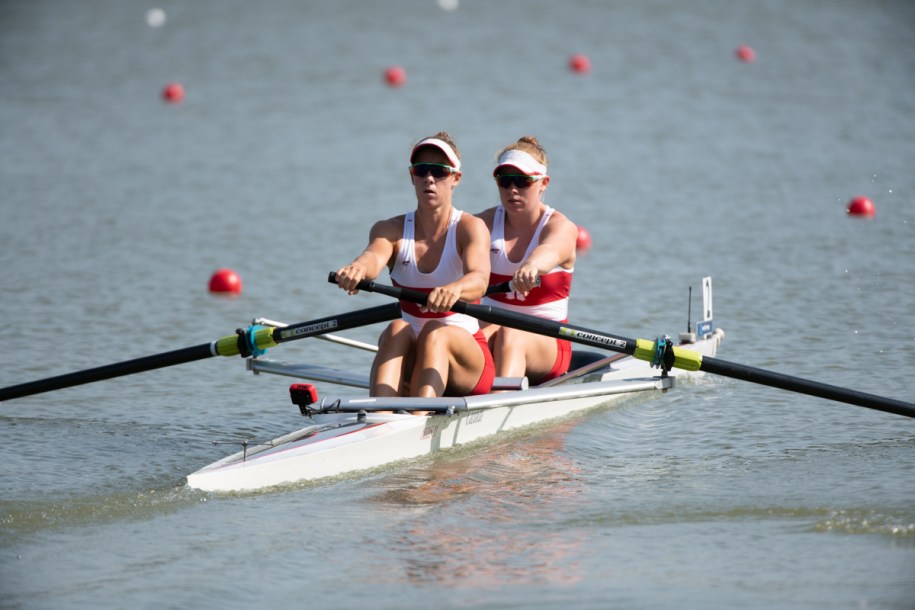 In her Olympic debut at Tokyo 2020, Hillary Janssens won bronze in the pair with Caileigh Filmer for Canada’s first Olympic medal in the event since Barcelona 1992.

Janssens first competed internationally at the 2014 World Rowing U23 Championships where she won bronze in the four. A year later, she and Nicole Hare were the only returning members of the crew that moved up to silver at the 2015 U23 Worlds. In her third appearance at the U23 Worlds in 2016, she reached the top step of the podium as she and Hare won gold in the pair. Earlier in the summer, Janssens made her World Cup debut in the pair with Hare but was named as an alternate for the 2016 Olympic team. Disappointed at the time, she later realized how much room she had to improve, ultimately making her a better athlete.

Janssens won her first World Cup medal in 2017, taking bronze with the four in Lucerne. She made her debut at the senior World Rowing Championships that summer, winning silver with the eight. In 2018, she teamed up with Filmer in the pair. In their first senior international regatta together, they won World Cup gold in Belgrade by almost six seconds over the runners-up. After skipping the second World Cup, they returned to the podium in Lucerne, finishing just 0.43 behind the reigning world champions for silver. At the 2018 World Championships, Filmer and Janssens turned the tables on the New Zealand crew and won the gold medal by more than two seconds.

While Filmer sat out of the 2019 World Cup season, Janssens raced in the pair with Sydney Payne as well as in the four and the eight and made the A final in each of her three World Cup events. Reunited with Filmer at the 2019 World Championships, they won bronze in the pair and finished fourth with the eight, qualifying both boats for Tokyo 2020.

While attending UBC, Janssens rowed for the Thunderbirds where she was a four-time Canadian university champion in the women’s eight and women’s pair, and was twice named the top rower at the Canadian University Rowing Championships (2015, 2016).

A Little More About Hillary