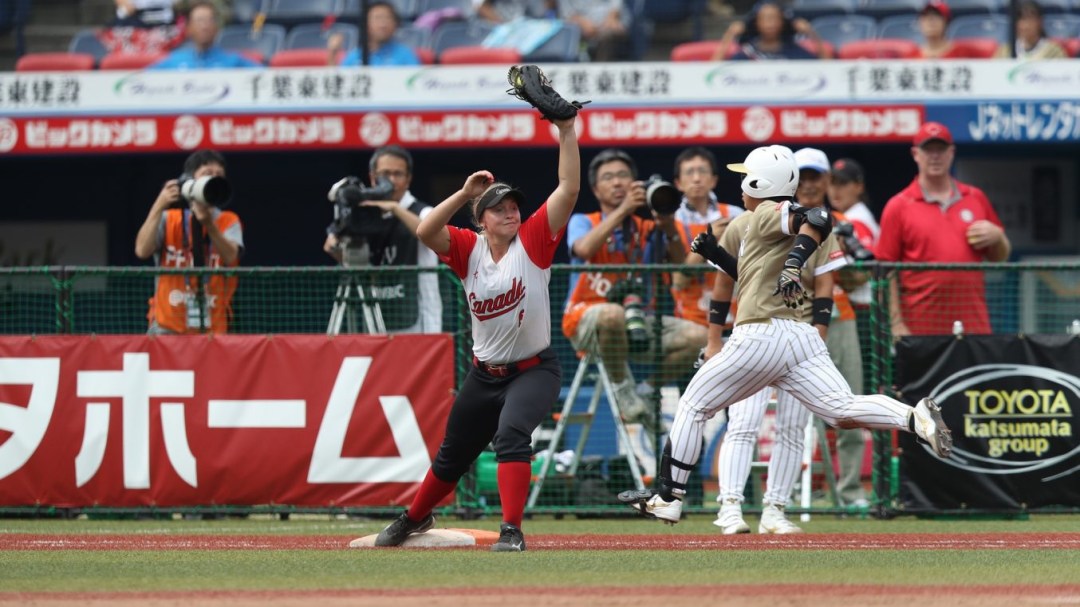 Holly Speers made her debut with the women’s national team in 2018, appearing in the World Cup of Softball in Oklahoma City, the Canada Cup in Surrey and as part of the bronze medal-winning squad at the WBSC Women’s Softball World Championship in Chiba, Japan. Speers attended Kent State University where she was a member of the Golden Flashes for four years from 2015 to 2018. In her senior year, she led the country in batting average (.483), slugging percentage (1.033), on-base percentage (.656), walks (60) and walks per game (1.20) while setting single-season records in the Mid-American Conference (MAC) for batting average (.483), slugging percentage (1.042), walks (60) and on-base percentage (.656).

A LITTLE MORE ABOUT HOLLY

Getting into the Sport: Started playing softball at age 6 and began competing for travel teams at age 12… Knew she wanted to play on the same field for Team Canada after watching Canada play USA at Canada Cup for the first time… Outside Interests: Graduated from Kent State University in May 2018 with a Bachelor of Business Administration… Likes to find little coffee shops in the various towns the team travels to, keeps a daily journal especially during the season… Odds and Ends: Favourite quote: “Remember why you started” … Role model: Jenn Salling… Career highlight: Breaking the NCAA record for most consecutive homerun record (5).