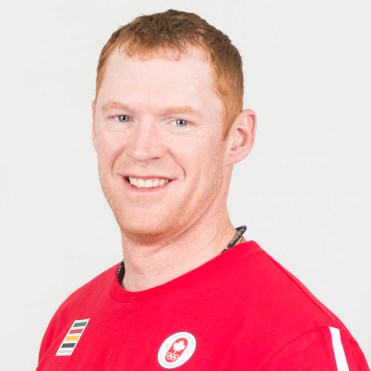 A member of the Men’s National Team since 2006, Ian Fehrman competed at that year’s Pan American Championship where Canada won silver, as well as the 2009 and 2013 ISF World Championships. Fehrman helped Canada win bronze in 2009 by being among the top hitters in the tournament with a .517 batting average, 15 hits, four homeruns and 13 runs batted in. He has competed at seven Canadian Championships, winning gold twice. In 2005 and 2011 he was named Top Batter of the national tournament and was twice an all-star selection at shortstop (2005, 2013). Among Fehrman’s career highlights are winning three straight titles at the International Softball Congress Championships with the Jarvis Travelers.

Family: Parents Daryl and Darlene Fehrman… Older sisters Darralynn and Jill… Wife Christi Fehrman… Sons Bryce (born 2009) and Jase (born 2013)… Getting into the Sport: Started playing softball at age 4 because he loved going to the ballpark to watch his dad play… His father taught him the game and is his role model… Has wanted to play for Team Canada since getting to play alongside longtime Canadian great Adam Smith… Outside Interests: Graduated from Conestoga College in 2002… Enjoys golfing, watching his kids play sports, traveling… Works for steel company Dofasco (blast furnace)… Odds and Ends: Favourite motto: “Hard work beats talent when talent doesn’t work hard”… Nickname: Opie…