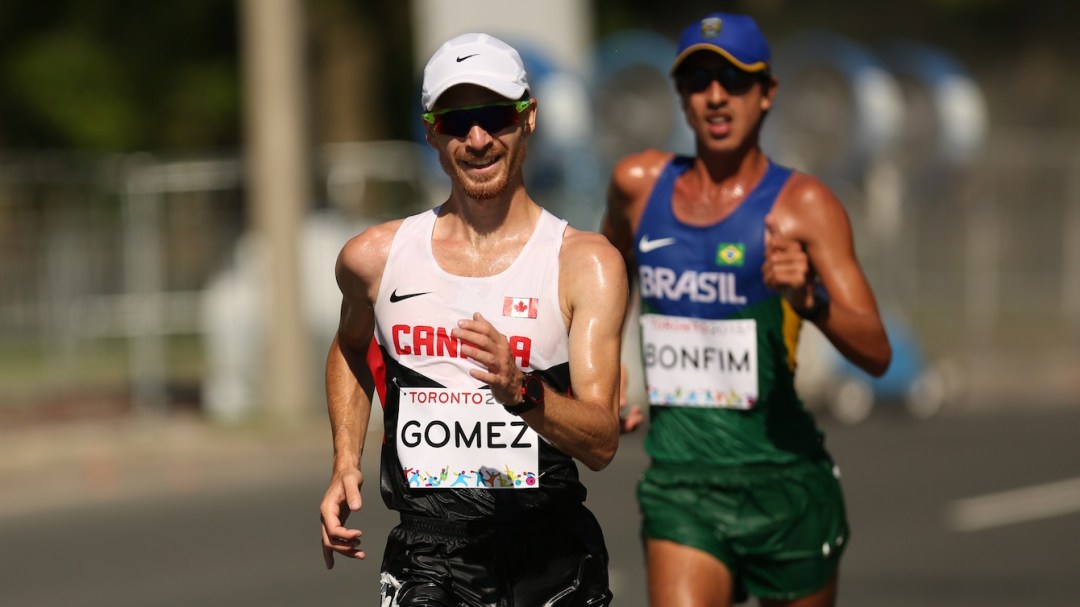 Inaki Gomez made his Olympic debut at London 2012 where he broke the Canadian record in the 20km race walk. His 13th place finish was the best Canadian result in the event since Guillaume LeBlanc’s silver at Barcelona 1992. His mark of 1:20:58 stood until May 2014 when it was broken by Evan Dunfee at the IAAF World Race Walking Cup. Gomez also surpassed his old record in finishing 12th, one spot behind Dunfee and one spot ahead of fellow Canadian Benjamin Thorne. Those placements helped Canada finish fourth in the team event, missing the podium by one point. Gomez had also been sidelined for seven months in 2014 with a tear in his left groin. In 2015 he finished one spot behind Dunfee to win silver at the Pan Am Games in Toronto. He went on to make his second straight appearance at the IAAF World Championships, after having debuted with a top-eight finish in 2013. In March 2016, Gomez again put his name in the Canadian record books, setting a mark of 1:19:20 in Japan to break the standard that Thorne had set in winning bronze at the 2015 World Championships by more than 30 seconds. In May 2016 he and teammates Dunfee, Thorne and Mathieu Bilodeau won silver at the IAAF World Race Walking Team Championships where he posted the seventh-fastest time in the 20km event. Gomez improved on his Olympic placement by one spot at Rio 2016, finishing 12th.

Getting to Know Inaki:

Family: Father Francisco Javier Gomez and mother Erika Goroztieta de Gomez… Older brother Iker… His family moved to Canada in 1999 in search of better opportunities; his parents had fallen in love with the country after visiting in their early 20s… Wife Carmen Alvarez Gomez… Getting into the Sport: Was first exposed to race walking at age five when he learned the basic technique in his introduction to athletics… Started competing in race walking in Grade 10 and found it a natural transition from his years as a swimmer… Had to leave swimming after a car accident caused a disc in his vertebrae to pop out… Outside Interests: Enjoys reading, learning, playing videos games and following sports… Earned his J.D. from the Faculty of Law at the University of Calgary in May 2015… Did his summer articling at Borden Ladner Gervais LLP and will return to the firm in September 2016… Odds and Ends: Always does a squat and a jump at the start line… Role model is Australia’s three-time Olympic medallist Jared Tallent… Favourite quote: “Our deepest fear” – Marianne Williamson…