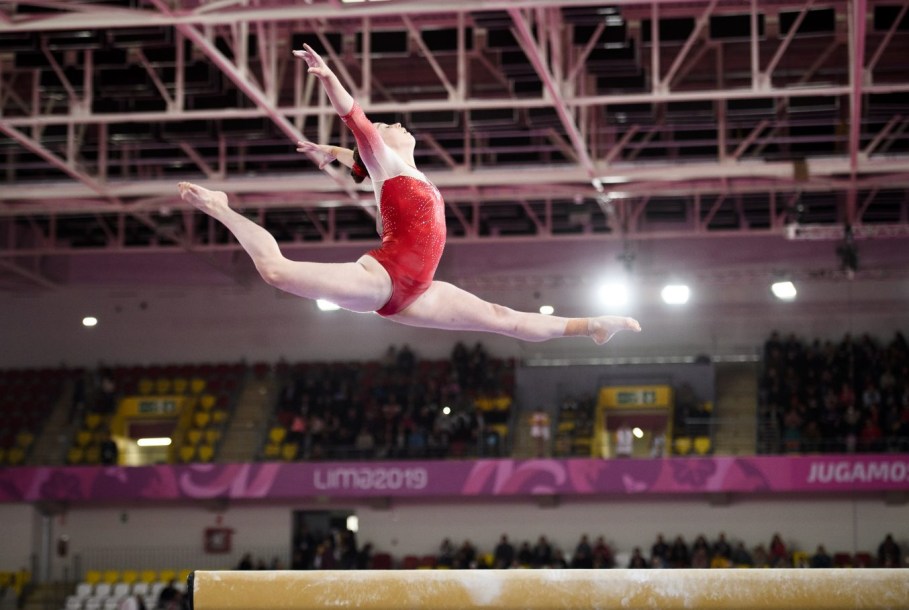 Isabela Onyshko has wanted to represent Canada since she was eight and saw a member of her local club wearing her national team suit. She got her chance in 2014 when she competed at the Commonwealth Games and made her debut at the FIG World Championships. Just a year later she was the all-around silver medallist at the senior nationals, where she also won gold on beam and silver on uneven bars. In March 2014 Onyshko stood on a major international podium for the first time, winning floor exercise bronze at the World Challenge Cup in Doha, Qatar. In April 2015 she captured her first international gold medals, winning the uneven bars and beam at the World Challenge Cup in Ljubljana, Slovenia where she also won silver in the floor exercise. Onyshko went on to help Canada win team silver at the 2015 Pan Am Games in Toronto. At the 2015 World Championships, she was the last of the 24 qualifiers for the all-around final, but an impressive performance moved her up to finish in 16th place. Onyshko made her Olympic debut at Rio 2016 where she advanced to the finals in the all-around and beam events. In 2018, she was part of the Canadian team which won gold at the Commonwealth Games in Gold Coast.

A LITTLE MORE ABOUT ISABELA

Getting into the Sport: Started gymnastics at age 6… Drawn to it because it was more interesting and challenging than any other sport she tried… Outside Interests: Enjoys reading historical fiction and mysteries… Odds and Ends: Nickname: Bela… Collects original artwork from the places she visits… Role models are Jenna Kerbis, a gymnast from her club who made the national team, and Ellie Black because of her relaxed attitude when competing and her enjoyment of the sport…