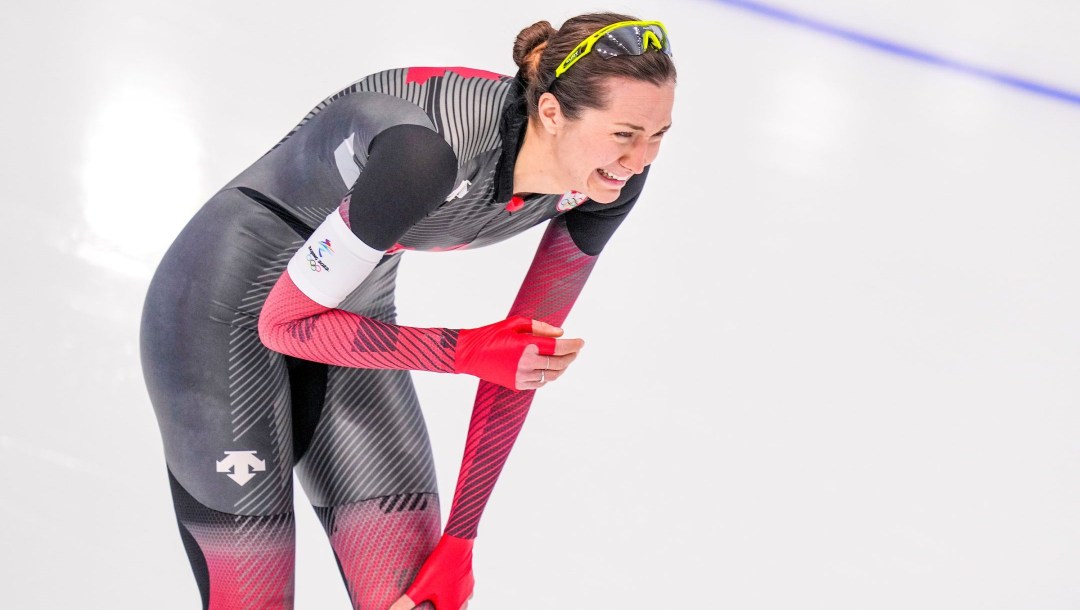 Isabelle Weidemann won three medals during her second Olympic appearance at Beijing 2022. She started with a bronze medal in the 3000m for Canada’s first medal of the Games. She then added a silver medal in the 5000m before capturing team pursuit gold in Olympic record time alongside Ivanie Blondin and Valérie Maltais. Weidemann’s accomplishments resulted in her being selected as Team Canada’s Closing Ceremony flag bearer.

Ever since her first full senior World Cup season in 2015-16, Weidemann has risen to become one of the world’s top speed skaters in the women’s long distance events. In that first year, she finished fifth in the 5000m at the World Single Distances Championships, a sign of the success to come.

In the fall of 2017, Weidemann won her first World Cup medals, taking a pair of bronzes with the team pursuit. She made her Olympic debut at PyeongChang 2018 where she finished fourth with the team pursuit and skated to sixth and seventh-place finishes in the 5000m and 3000m, respectively.

It was in 2018-19 that Weidemann began to stand on major international podiums in her individual events. Her first World Cup medal was a gold that she won in the 3000m in Tomakomai. She would add a 3000m silver and a 5000m silver to help her finish fourth overall in the World Cup long distance standings. She finished fourth in the 5000m at the 2019 World Single Distances Championships, her career-best individual result at the worlds. She placed sixth overall at the 2019 World Allround Championships after finishing second in the 5000m and third in the 3000m.

In 2019-20, Weidemann finished second overall in the World Cup long distance standings after winning two gold medals and one bronze in the 3000m to go with a bronze in the 5000m. Alongside Ivanie Blondin and Valérie Maltais, she won her first medal at the World Single Distances Championships as the trio took the bronze in the team pursuit.

During the fall of 2021, Weidemann, Blondin, and Maltais were unbeatable in the three World Cup team pursuit races.

A Little More About Isabelle

Getting into the Sport: Started skating at age 6 and took up speed skating at age 12, following family friends into the sport… As a young skater, thought the 3000m was way too long and wanted to be a sprinter… Competed in many other sports in high school, including rowing, swimming, track and field, soccer, cross-country skiing and running… Hometown hero and four-time Olympic medallist Kristina Groves’ performance at Vancouver 2010 sparked her Olympic dream… Outside Interests: Studying sciencegeology part time at the University of Calgary… Volunteers in the emergency department at a Calgary hospital… Enjoys trail running with her dog, binging audiobooks, hiking, swimming, and waterskiing at the family cottage… Odds and Ends: Keeps her event accreditations and writes her race highlights on the back… Brother, Jake, skates for the Canadian Next Gen long track team…