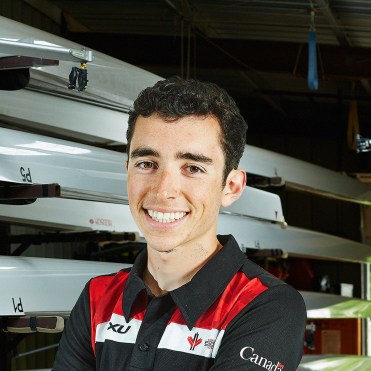 Family: Parents Dave and Joanne… Younger sister Jessica… Getting into the Sport: Started in rowing at age 14… Can’t recall learning how to row, having always sat in the coxswain’s seat… Early on was often confused about what he was supposed to do and took a “fake it till you make it” approach… Outside Interests: Pursuing Honours Bachelor of Science in Psychology at the University of Victoria… Enjoys hiking, climbing, running, camping, fermenting, and reading… Odds and Ends: Favourite quote: “The individual has always had to struggle to keep from being overwhelmed by the tribe. If you try it, you will be lonely often, and sometimes frightened. But no price is too high to pay for the privilege of owning yourself.” – Nietzche…